Softball finishes their PacWest season with a winning percentage

The Eagles split against Concordia University Irvine in their last doubleheader of the conference season yesterday afternoon. 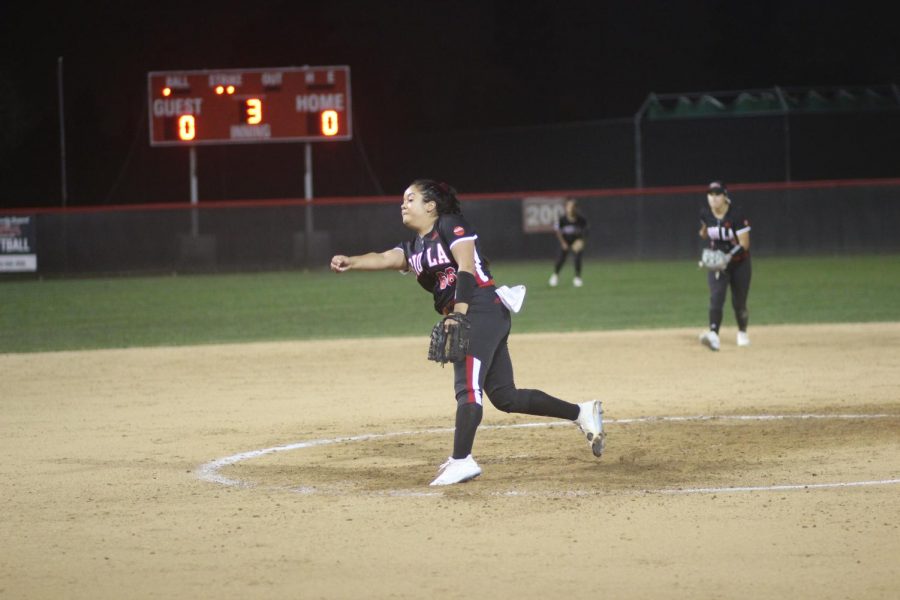 Biola softball headed to Irvine, Calif. on Saturday afternoon to play their last conference game of the season. The Eagles competed against Concordia University Irvine once again for their second doubleheader of the weekend against the Golden Eagles.

The Eagles started the afternoon with a walk from senior catcher Kayla Neff, loading up the bases and scoring the first run of the game from freshman outfielder Allie Beck. In the same inning CUI responded by scoring two runs to gain a one-point advantage. Neither team was able to score a run in the fourth inning, but in the fifth inning the Eagles stepped up their game.

Neff was able to advance to first on a fielder’s choice, allowing junior utility player Ruth Munoz  to score another run for Biola, tying the score, 2-2. The Eagles scored two more runs in the fifth inning, stood their ground for the rest of the game and won, 4-2.
FEELING DOWN IN THE DUGOUT
The majority of the second game was quiet from Biola, with no one scoring in the beginning of the game. CUI pulled ahead early on by scoring four points in the first inning alone, then scoring two more runs in the fifth inning. Neff was able to respond, getting a home run in the bottom of the sixth, but the Eagles could not catch up. Biola was defeated in game two, 1-6.

Softball wraps up their conference season at 14-10. Biola will host a non-conference doubleheader at home on Saturday, May 1 against Chapman University. The first game will begin at 12 p.m. and the livestream will be available on the Biola athletics website.