The men and women both fell in their final tournament games as they closed out the 2021 season. 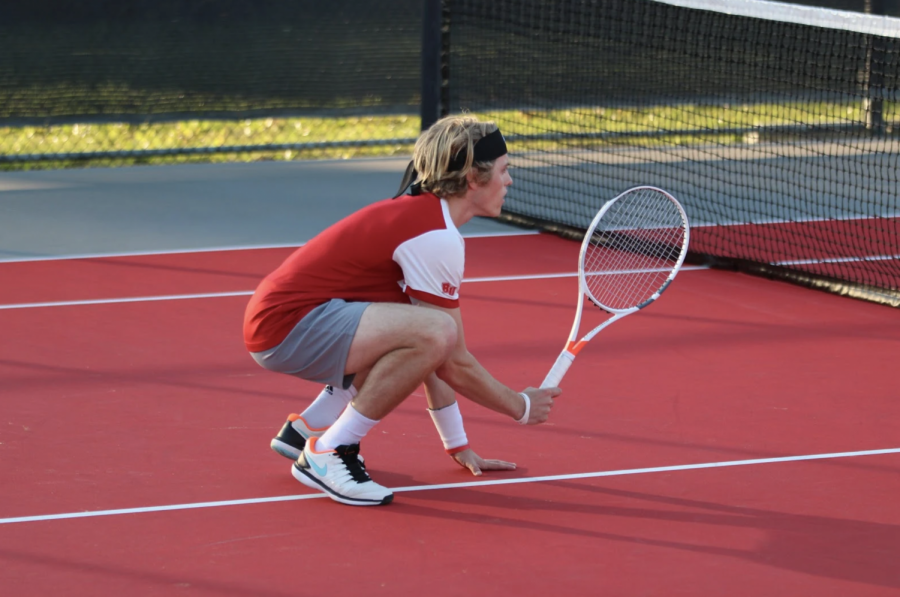 Biola tennis rounded out their 2021 PacWest season in Surprise, Ariz. on Saturday afternoon. In an attempt to swing third place, the women were unable to defeat Concordia University Irvine, falling 1-4 and taking home fourth place. The men took on Point Loma Nazarene University in a fight for fifth place, but ultimately fell as well, 3-4.
FIGHT FOR THIRD
The women were cleanly swept in the doubles matches. Freshmen Brooke Fager and Lilly McNeill fell in their No. 2 doubles 4-6 while freshman Amelia Kitts and sophomore Ines Diaz were defeated in their No. 3 doubles 2-6. Freshman Colbyshae Emery and sophomore Mary Brascia won the first set, 5-4 but left their game unfinished in the second set.

Unfortunately, the singles matches did not pick up. Emery was the only Eagle to win her solo match, 7-5. Fager, McNeill and junior Madison Swaney were all defeated by their CUI opponents, while Brascia and Diaz left their matches unfinished.
FIFTH PLACE FRENZY
The doubles matches swung in favor of the Eagles. Sophomores Alexei Prokopchuk and Antonio Rosales Varona won their No. 1 doubles, 6-2, while freshman Isaac Cordova and sophomore Alex Sedeno won their No. 3 doubles 6-4. Sophomore Sebastian Herrera and senior Erik Martinez won their first set 6-5 but left the match unfinished.

The majority of the battle was fought during the solo matches. Varona won his No. 3 singles 6-4, while Cordova won his No. 4 solo match in three rounds for a final score of 6-3. Prokopchuk, Herrera, Sedeno and Martinez all lost their matches, pushing the Eagles away from the victory and giving Point Loma the fifth place title.

The women concluded their season at 13-7 overall, while the men finished at 10-10 overall.