The Derek Chauvin verdict was accountability, not justice

Justice for George Floyd looks like cops not killing Black people—or anyone, for that matter. 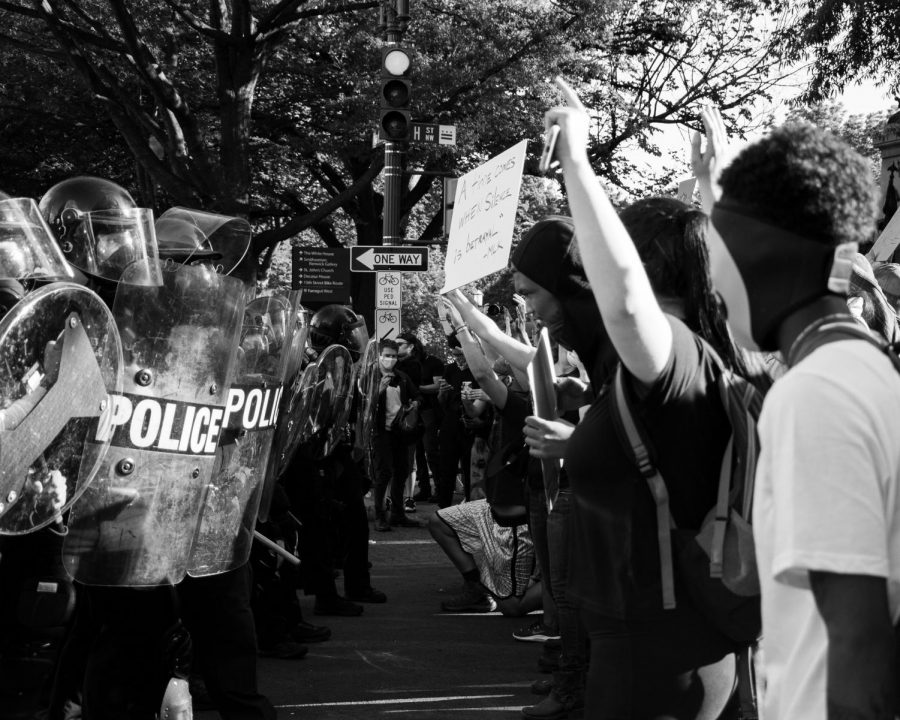 Photo by Koshu Kunii on Unsplash

With the release of former police officer Derek Chauvin’s verdict as guilty on all counts, many Americans collectively exhaled a breath they did not even know they were holding—this was the first time in Minnesota history that a white police officer was found guilty in the death of a Black person. After officer acquittals in both Jamar Clark’s and Philando Castile’s cases, hope for a guilty verdict felt naive. Yet, thankfully, the jury saw what the rest of the world saw in George Floyd’s case: blatant murder.

However, it should be noted that a guilty verdict is simply accountability—the consequence—for one police officer’s bad behavior. Now with this first step accomplished we can look ahead at what true justice for Floyd and others will actually look like.
THE SYSTEM IS STILL BROKEN
A guilty verdict for one bad cop is way more than other victims of police brutality usually get. But even around the end of Chauvin’s trial, the nation witnessed the deaths of 20-year-old Daunte Wright, 13-year-old Adam Toledo and 16-year-old Ma’Khia Bryant at the hands of police.

Police brutality is also not just the problem of “a few bad apples” in a handful of American police departments. Trevor Noah, the South African comedian of The Daily Show, asked a brilliant question in a recent video: “Where are the good apples?”

Essentially, why aren’t officers keeping each other accountable? If they were checking each other, high-profile cases like the ones making headlines this month would not take place. Recall the rest of the saying: a few bad apples—“spoil the bunch.” Being a “good cop” means pushing harder for better police training and major reform in the system. This is not a matter of “good cop” or “bad cop”—the whole system is broken.

There were three other officers at the scene of Floyd’s murder, yet not one of them actively worked to stop Chauvin from killing Floyd. One officer holding Floyd down asked, “Should we roll him on his side?” Upon Chauvin’s refusal, and despite Floyd’s and bystanders’ cries, nothing else was done. These other so-called “good cops” at the scene bowed to the will of the system—in this case, a veteran of the Minneapolis Police Department.

Unfortunately, even if one of them had interfered, that would not have solved this country’s policing issue.
WHAT “DEFUND THE POLICE” REALLY MEANS
Rules are important. Laws keep us safe, and there should absolutely be people who enforce those laws in order to protect the public. At the same time, people who enforce the law should not have the power to kill people who break the law. Every human being, as stated in the Sixth Amendment to our constitution, has the right to a fair trial with a lawyer and an unbiased jury. Yet time and again, law enforcement ends up playing judge, jury and executioner.

In order for that to happen, we need to reimagine our entire system of policing so that Black lives—and subsequently everyone else—can truly matter.

One way that can happen is by shifting money away from police departments and toward other government agencies. According to professor Rayshawn Ray from the Brookings Institution, reallocating funds to improve school systems, increase work infrastructure and develop better social services will have a greater impact on reducing crime than filling the streets with more police officers. Numerous major cities are already doing this in the wake of recent racial unrest.

In Austin, Texas, for instance, some 911 calls are being redirected to mental health first responders who are trained to deescalate situations. Decriminalizing mental health issues, homelessness and addiction will help hurting people get the assistance they need instead of funneling them through the criminal justice system.

Accountability for bad behavior is the bare minimum. Justice for victims of police brutality—Black, brown and otherwise—requires complete reformation of the old ways into a system that works for the marginalized.