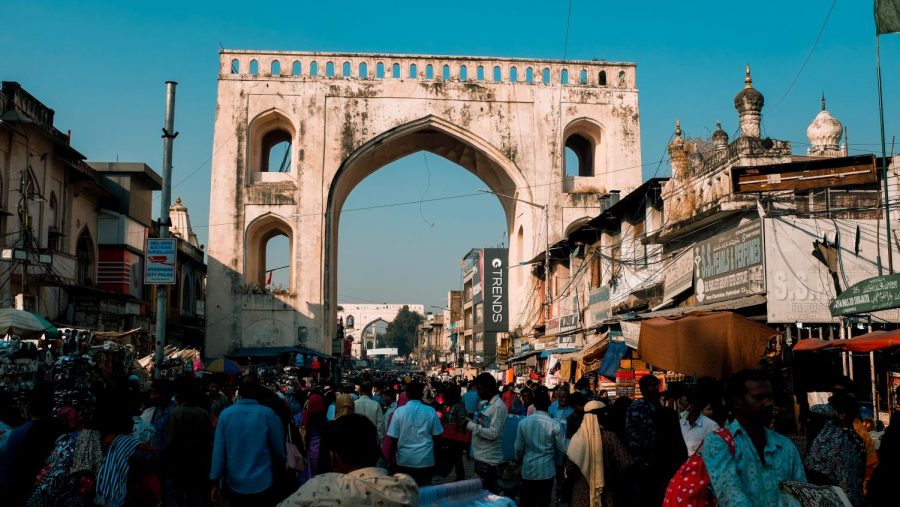 Photo by Tejj on Unsplash

As the United States announces that nearly 54% of its adult population has received at least one dose of the COVID-19 vaccine, India wrestles to provide medical supplies to those infected.
CRISIS IN INDIA
On April 26, India—a country with a population of nearly 1.4 billion—set another record for the fifth day in a row with more than 350,000 new infections. Now, the nation is struggling to provide oxygen supplies to patients, according to AP News’ reporter Sheikh Saaliq. Their intensive care units are operating at full capacity and the majority of ventilators are in use causing their hospital system to collapse.

“India has four times the population of the U.S. but on Monday had 11 times as many new infections,” said Sheikh Saaliq from AP News.

Junior communication studies major Keren Godwin is a second-generation Indian American whose family is separated between India and America. She described her concern and fear for the health and well-being of her extended family, seeing that a family member of hers currently sits in the ICU with COVID-19.

“I feel a sense of desperation when I see images of Indian people asking for relief, because of how dire the situation is,” Godwin said. “I think of my loved ones and their current situation, so the graphics I see are a constant reminder of their reality through this pandemic.”
THE CAUSE
Millions of Hindus celebrated the festival of Holi at the end of March with disregard to social distancing guidelines and masks. In early April, Modi and other politicians held election rallies where tens of thousands of people participated without masks amid the rise in cases. Last week, millions of people gathered for special Hindu prayers at the Ganges River.

“Now it’s suspected all these events might have accelerated the unprecedented surge India is seeing now,” Saaliq said.
LOCAL AND GLOBAL EFFORTS
Although India’s government announced last week that it would allow for all adults to be eligible for the vaccine, there are concerns as to whether the supply will meet the demand, according to AP News.

The U.S. announced to supply India with oxygen, diagnostic tests, treatments, ventilators and protective gear. In addition, they will supply them with the raw materials needed to manufacture the AstraZeneca vaccine—a vaccine that has yet to be approved for use in the U.S.

Britain will ship ventilators to India, and the European Union is offering oxygen along with other supplies. Teams of experts from the Centers for Disease Control and Prevention and U.S. Agency for International Development are also being deployed to help.

Indian citizens are taking matters into their own hands to help one another according to The Independent’s reporter Vishwam Sankaran. Many are pleading for help on social media, particularly Twitter to crowdsource for oxygen supplies.

“Volunteers, from students to technology professionals, nonprofit organizations and journalists, are circulating information on the availability of hospital beds, critical drugs and oxygen cylinders,” Saaliq said.