The Eagles played in their last games of the PacWest season on Friday afternoon. 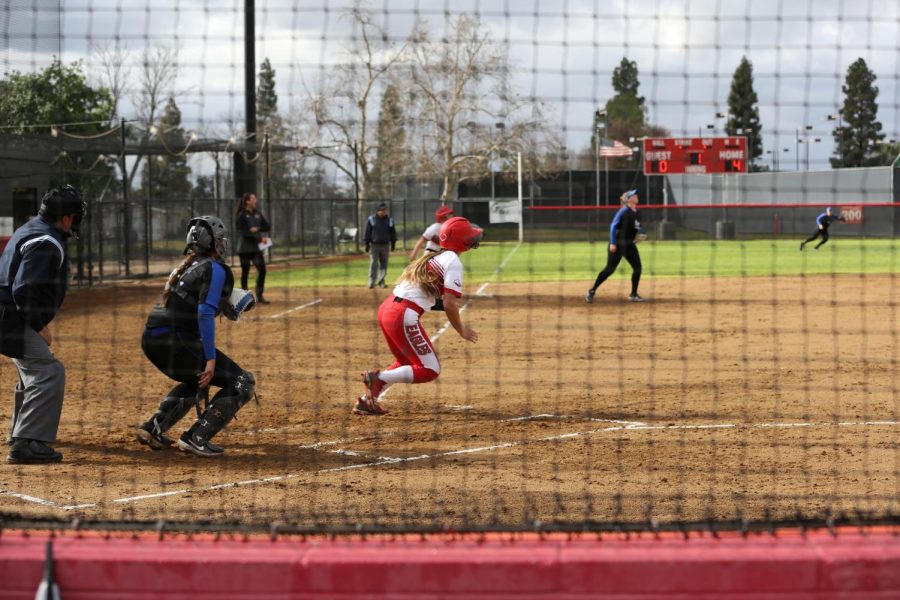 Biola softball returned home on Friday afternoon to match up against the Concordia University Irvine Golden Eagles. The women got off to a good start, winning game one 5-4. Unfortunately, the women could not keep the energy going into game two as they were defeated, 1-2.

The Eagles started off in the first inning on fire. Senior catcher Kayla Neff hit it out to right field sending in junior utility player Ruth Munoz to score the first run of the game. From the second inning to the fifth neither team scored. Sophomore outfielder Madison Blossey broke the silence hitting a single to the right side, sending in freshman shortstop Rilee Ruvalcaba to score the second run of the game, puting the Eagles at a two-point advantage.

CUI finally responded in the seventh inning pulling ahead of Biola. In the bottom of the seventh inning Munoz hit a home run, scoring three more runs and winning the game, 5-4.
SECOND GAME SADNESS
In the second game freshman catcher Brie Nowak started off game two hitting a double to left center, sending in Blossey to score the first and only run of the game. CUI responded with a point of their own in the second inning, tying the game 1-1. Neither team was able to score a run for the majority of the game. CUI scored their second run in the sixth inning, but sadly the Eagles could not catch up losing the game overall, 1-2.

Softball (19-12) will head to Irvine to compete in a doubleheader against CUI and wrap up their conference season on Saturday, April 24. The first game starts at 12 p.m. and the livestream will be available on the Biola athletics website.