Volleyball wraps up their season on a six-game winning streak 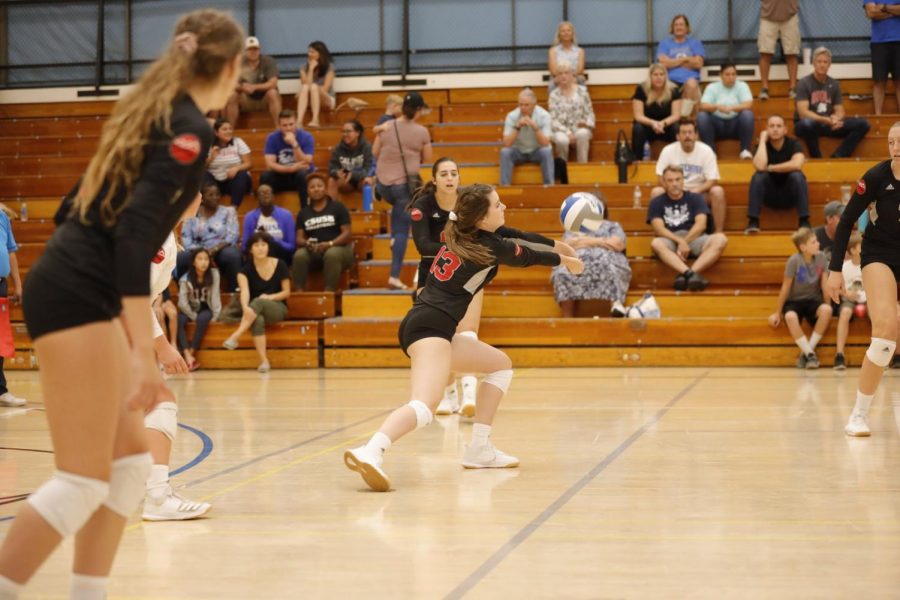 Volleyball headed to Azusa Pacific University for their last game in the PacWest Conference on Thursday evening. The Eagles competed against the Cougars and wrapped up the season on a high, winning the match overall, 3-2.

The leaders in last night’s game were redshirt freshman middle blocker Dani Bryant, sophomore middle blocker Raegan Tjepkema, sophomore setter Abby Brewster and senior middle blocker Bekah Roth. Tjepkema had 15 kills, three blocks and two aces, while Bryant had 10 kills and three blocks. Brewster had nine kills and four blocks, while Roth gained seven kills and two blocks of her own.
A SPIKING SUCCESS
The Eagles started off the first set with three back-to-back points. The set was led by Biola as APU only tied the match three times toward the end. Ultimately the Eagles defeated the Cougars, 25-22. Going into set two the women were back and forth in the beginning, but APU pulled ahead. The Eagles were unable to catch up a majority of the set, unfortunately losing 14-25.

Biola lost set three and won set four, sending them to play a fifth set to settle the tie. Biola made the first point in set five, and the Eagles managed to pull ahead at a three-point advantage. APU then went on a five-point streak, leaving the Eagles down by one. The set continued to be anybody’s game, but Biola pulled ahead winning it all, 15-11.

Volleyball ends the regular season with a 6-2 overall record. The women can now rest after a successful season and winning the PacWest SoCal Pod Champs title.