The Eagles won and lost by one point against the Cougars. 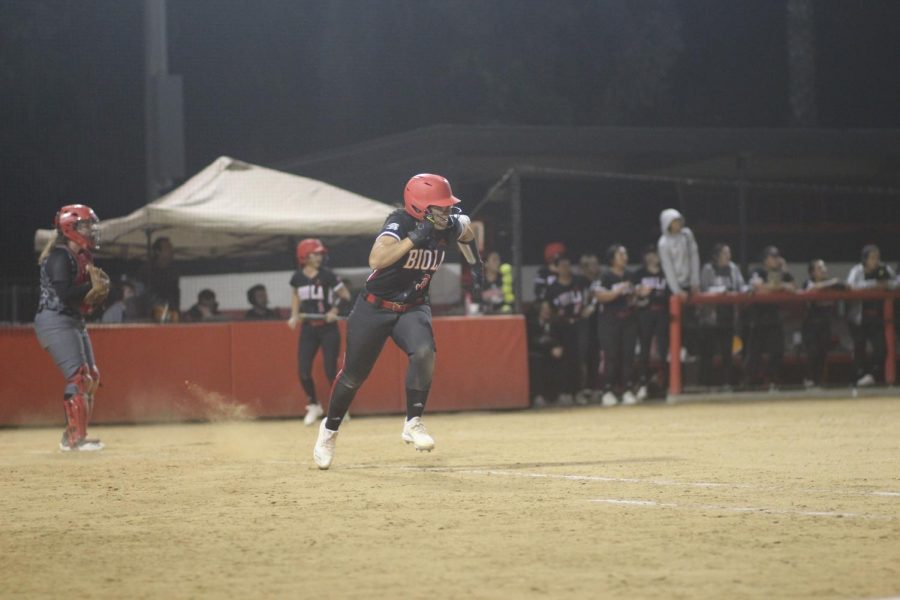 Softball headed to their first doubleheader of the weekend against Azusa Pacific University. The Eagles played two away games Friday afternoon against the Cougars. Biola lost the first game, 2-3, but bounced back in game two winning, 7-6.

Junior pitcher Paige Austin led the Eagles through Friday’s first game, pitching seven innings. Austin did not let a single earned run through the seven innings, while gaining nine strikeouts during the game. The game started off silent until the bottom of the fourth inning when APU scored two runs.

The Eagles responded in the sixth inning when freshman first baseman Abie Nowak hit the ball up the middle. Nowak brought in senior outfielder Haley Martinez and freshman midfielder Loren Meza to tie the game. Unfortunately, the Cougars scored on a walk-off, leaving the Eagles defeated, 2-3.
DETERMINATION ON THE DIAMOND
The loss of game one motivated the Eagles to comeback in game two. The women scored a run in the first inning, to which APU quickly responded by tying the score. In the third inning Biola increased the deficit as sophomore outfielder Madison Blossey singled, bringing in junior Ruth Munoz to score a run.

The Nowak twins caught some action in the third inning as well. Freshman catcher Brie Nowak grounded the ball bringing in Blossey to score, while Abie Nowak grounded the ball advancing to second, bringing in freshman infielder Alexis Lara to score run three for the Eagles. The game continued to be back and forth for the rest of the innings but Biola pulled ahead in the end winning, 7-6.

Softball (15-11) will go up against APU again for a doubleheader at Freedom Field Saturday, April 17 at 12 p.m. and 2 p.m. The livestream will be available on the Biola Athletics website.