“Stop Asian Hate” is not getting pushback—is that a problem?

There are underlying implications surrounding the absence of a reactionary movement. 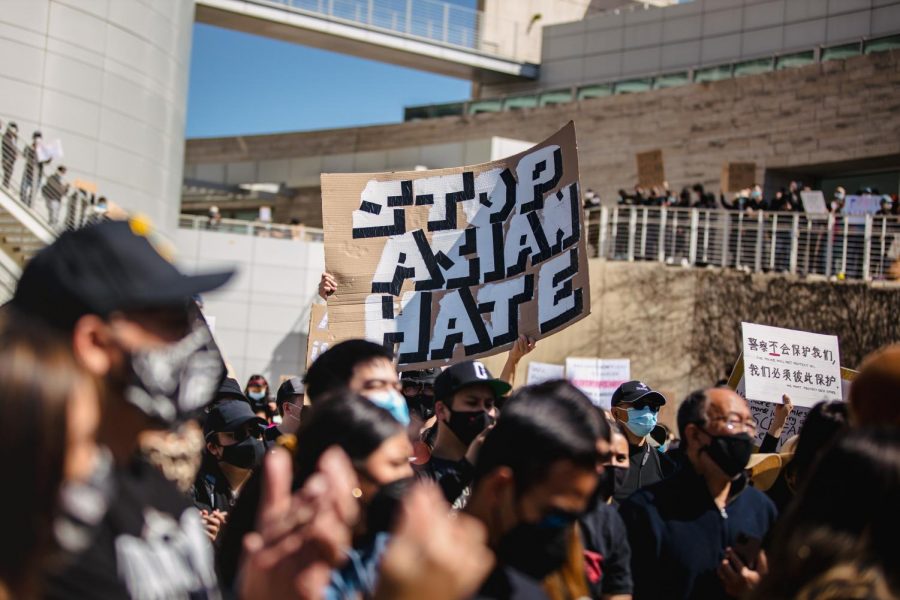 Photo by Jason Leung on Unsplash

Multiple innocent Black people were killed during the summer of 2020, igniting not only the Black Lives Matter movement but also a rebuttal-turned-rival campaign: “All Lives Matter.” Fast forward to March 2021, and a new racial fight has gained traction—this time fighting the myriad of violent hate crimes against Asian individuals living in the United States.

Though the BLM movement and the Stop Asian Hate movement are both intricately complex and unique on their own, they both share a similar nature in which they fight a common enemy for their lives. Yet, there is a missing piece between the two that is leaving the public with an eerie feeling of uneasiness—where is the pushback?
DEEPER THAN IT SEEMS
The phrase “Stop Asian Hate” is empty and fails to pursue the root of the cause of racial unrest: the state and its institutions. The word “hate” points to individuals who carry interpersonal feelings. This leaves a lot of flexibility for individuals that the Asian community is holding responsible to make a change. It allows those outside of the Asian community to conclude their efforts easily by simply “not hating” Asians, but nothing more than that.

Racism against Asians extends beyond hateful emotions—it stems from a deliberate narrative crafted to justify imperialism and war. The dehumanization of the Asian community is rooted deep in America’s history, dating back to both world wars. Since the United States killed millions of Asians overseas, the most effective method to maintain public support for the war was to dehumanize Asian people back home, in America. Soldiers returned home from World War II bringing with them anti-Asian stereotypes that are still embedded in American culture to this day.  “Hate” does not address any of these systemic problems, as it can easily reduce this complex social issue into just a few “bad apples.”
THE DEFINITION OF A REACTION
The Merriam-Webster dictionary defines the word “reaction” as the “resistance or opposition to a force.” This leads to the conclusion that a reactionary movement such as “All Lives Matter” arises due to a perceived threat.

Criminal justice journalist German Lopez further dissects this “threat” as well as its potential sources in his Vox article. Lopez argues that the phrase “black lives matter” simply points out how Black people’s lives are undervalued in the U.S. compared to other races and are therefore more likely to be killed by police.

This is where the two racial justice movements differ—at first glance, the lack of any pushback against the Stop Asian Hate movement may look like a good thing. However, a new dilemma takes shape when the lack of opposition begins to signify leniency in the ownership of racial reconciliation rather than support.
CONCERNS TO LOOK OUT FOR
Corporate media can easily compare and weaponize the differences between these two movements to their advantage by making it a Black versus Asian issue, drawing attention away from the real causes and issues that need to be discussed. Concluding racial reconciliation efforts at “not hating” is essentially another way of saying “thoughts and prayers.” These ideals fit into the human desire to rationalize, a powerful human tendency deployed to make sense of tragedies and reach easy comfort. Justice for both groups can only be achieved through change. In order for change to happen, sleeves need to be rolled up.