The Eagles move their overall record 4-12 with one win and one loss against Azusa Pacific University. 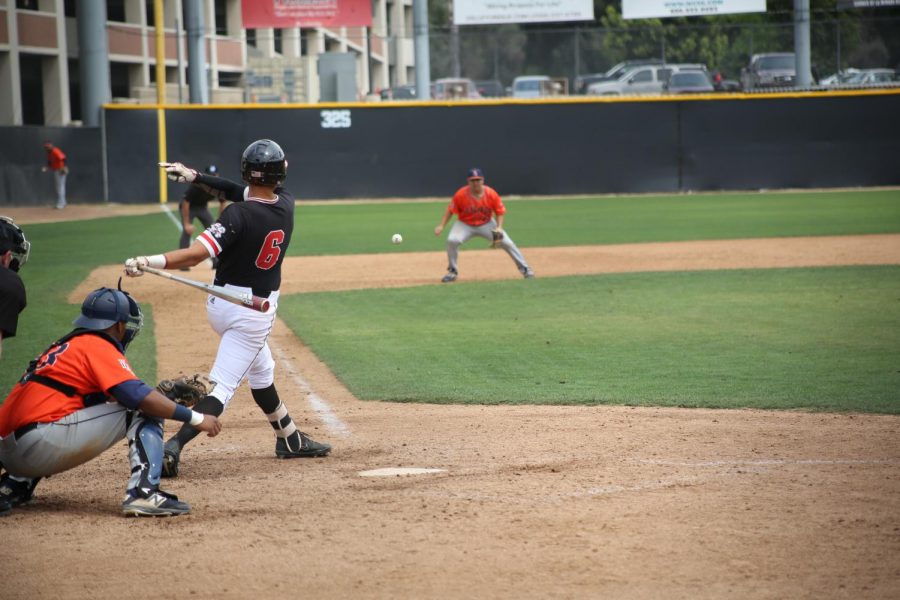 Baseball competed in their 15th and 16th game of the season on Friday, April 9 against the Azusa Pacific University Cougars. The Eagles were able to win the first game, 13-11 but unfortunately lost the second game, 0-14.

The leaders of the game Friday afternoon were juniors second baseman RobertAnthony Cruz, first baseman Jackson Collins and freshman outfielder Brenden Bell. Cruz, Collins and Bell each had three RBI’s and each of them hit a home run during the duration of game one.
A DISAPPOINTING DEFEAT
The first two innings were quiet from both teams neither able to score a run. The Eagles broke the silence when Cruz hit a home run and scored the first two runs of the game in the third inning. The Eagles continued making another run in the fourth inning, APU caught up in the sixth inning to make the score 3-4. In the seventh inning the men were on fire gaining six runs.

The Eagles would go back and forth with the Cougars for the rest of the game, but APU was unable to catch up, as Biola won, 13-11. The men were unable to keep this momentum going into game two as they were defeated, 0-14.

Baseball will return home to go against APU again in a doubleheader Saturday, April 10 at 12 p.m. The livestream will be available on the Biola Athletics website.