This student-run film produced within Biola’s three-course sequence classes has brought these students' vision to life. 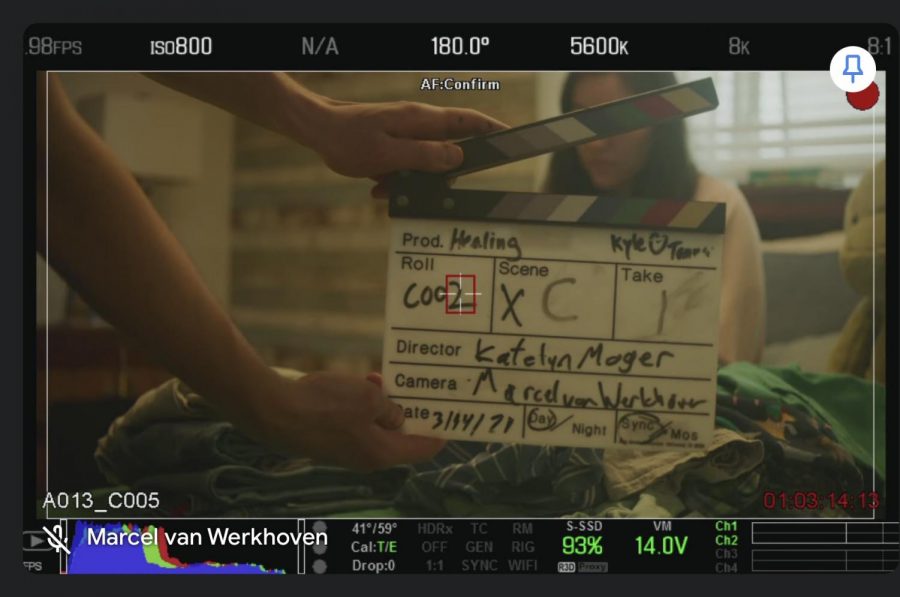 Hope is hard to find in dark times, but the Biola-produced student film “Healing” shows that it is not impossible. Biola’s Motion Picture Production class is one that cinema and media arts students look forward to taking, and despite all the COVID-19 regulations, this semester’s class has not let it dampen their spirits.
BEHIND THE WRITING
Through the lens of a younger brother’s eyes, Leo watches as his older sister Autumn recovers from an eating disorder in this year’s Biola film, “Healing.”

Students across campus had the opportunity to submit their scripts to be chosen for their vision. Sophomore cinema and media arts major Sophia Kalugin’s script was given the honor of being produced by a class of talented filmmakers.

Kalugin followed the saying, “write what you know” in this film. Much of what the main character, Autumn, goes through are  emotions that were taken directly from what she had experienced in her own life. She also incorporated a lot of the feelings, events and  discussions she had with her support group.

Some of the girls in her support group would talk about their younger brothers being their safe place.

“They felt like they could find freedom with their brothers, and that really inspired me,” Kalugin said. “My pain has been turned into something that is beautiful. It’s really surreal and sometimes I can’t even comprehend it.”
THE MAKING OF THE MOVIE
It was daunting for the whole crew to take on such a heavy and influential topic such as eating disorders. This year’s director and junior cinema and media arts major Katelyn Moger wanted to make sure that the theme was being treated with reverence and clarity.

“I didn’t want this to be a story just about eating disorders,” Moger said. “Eating disorders are devastating because they interrupt real life, so I wanted to give the characters a real life to be lost, so that the stakes would be raised.”

When writing character arcs, Moger sat down with her actors and unpacked the emotions as they worked out Autumn’s backstory together. Moger and her main actress looked online to find accounts and experiences of girls as well as specific eating disorders.

“We read stories of girls going to get prom dresses, and getting an open back and their mom would break down crying in the dress shop because she didn’t realize how skinny her daughter was,” Moger said. “There were also stories of peoples whose teeth were worn away from the acid of throwing up so much. We really tried to understand the depth of the issue.”
MAKING AMID COVID-19
Although not ideal, the cast and crew worked extra hard to make sure the movie was brought to life while adhering to COVID-19 regulations.

Junior cinema and media arts major Griffin Douglass and the producer of “Healing” previously worked on a film called “Until the End of Time.”  However, this experience has given him a different perspective on storytelling and the new rules were challenging.

“Since the beginning, COVID-19 and the restrictions have been like a terrible executive producer,” Douglass said. “Every single thing we wanted to do, we would have to run by the [COVID-19] guidelines and they would always strike them down, which helped humble us.”

When filming, only six out of the 26 cast and crew members were allowed in the house, permitting only the director, boom operator, director of photography and three actors on set. On top of these restrictions, the crew had to make sure the actors were tested for COVID-19 every day before they started shooting, which was complicated.

“It speaks volumes to this crew and their willingness and flexibility to make this film the best it can be,” Douglass said. “With all these guidelines, being able to have a talented group and flexible group was the key to making this film.”
POST PRODUCTION
With the opportunity of working with half a million dollars of equipment and 26 socially distanced people within production, the real deal was done and students within the class felt as if they had been given a true opportunity.