The Eagles could not bounce back, taking another 1-4 loss against Concordia University Irvine. 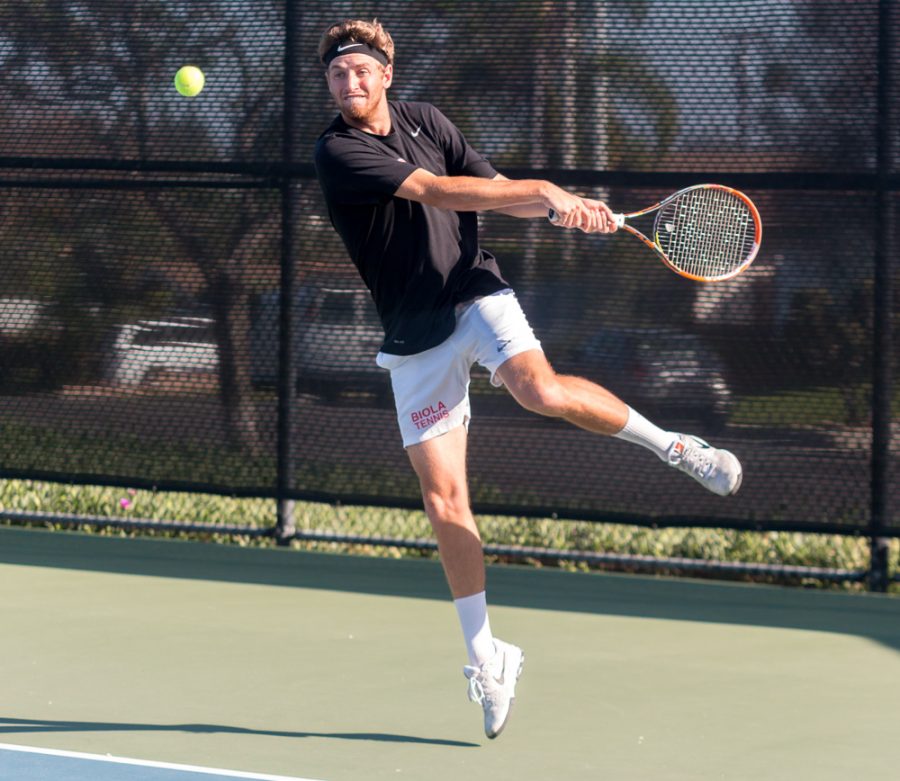 Men’s tennis ventured to Irvine, Calif. on Thursday afternoon to take on the No. 16 nationally-ranked Concordia University Golden Eagles. Coming off of a tough loss to the No. 8 seeded Azusa Pacific University Cougars just two days ago, Biola was hopeful for a turnaround in momentum. However, the Eagles were unable to match the energy brought by CUI and lost the game 1-4.
STUCK IN THE SLUMPS
The doubles matches opened the afternoon for the Golden Eagles to get off to a comfortable lead. With sophomore Sebastian Herrera and senior Erik Martinez’s doubles match left unfinished by the opponent, it was up to the other two doubles matches to make waves. However, sophomores Alexei Prokopchuk and Antonio Rosales Varona fell in their No. 1 doubles match 2-6 to CUI while sophomore Alex Sedeno and freshman Isaac Cordova were also defeated in their No. 3 doubles 3-6.

The singles matches became a time of redemption for the Eagles. Varona was able to defeat his No. 3 singles opponent 6-4 and 6-3. Unfortunately, the rest of Biola’s squad was unable to produce the same results. Prokopchuk, Herrera and Cordova all fell to the Golden Eagles. Sedeno and Martinez left their matches unfinished.

The Eagles now fall to a 9-7 overall record and a two-game losing streak as they prepare the Biola Tennis Center for the hosting of Hawaii Pacific University on Thursday, April 15 at 3:30 p.m.