The Eagles competed against 17 other schools in Tucson, Arizona. 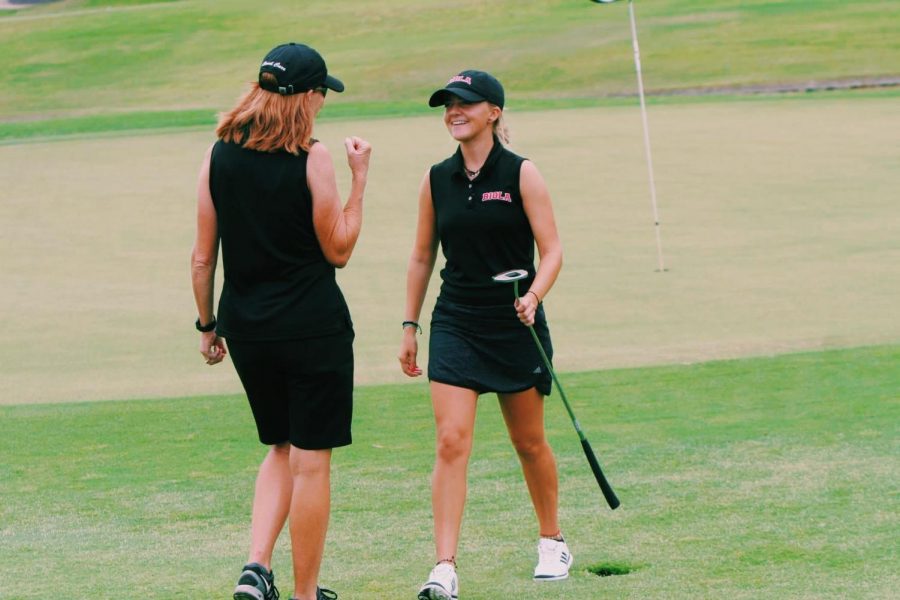 Women’s golf competed in the West Texas A&M Desert Invite on April 5-6 at The Lodge at Ventana Canyon in Tucson, Ariz. The Eagles faced 91 players and 17 other schools. Biola finished in fifth place overall on day one with a score of 313, only three points behind Colorado Mesa University.

Freshman Mary Grace Davidson was the team leader for the Eagles, finishing tied for sixth place with 74 points. Junior Sami Penor followed, finishing tied for 23rd place just six-over par. Penor shot even on 12 holes and added four bogeys and one birdie. Freshman Brady Turnnquist sat one-stroke behind Penor. The freshman scored two birdies on back-to-back holes.
HOLE IMPROVEMENT
Day two of the tournament was not as strong for the Eagles. Biola finished sixth place overall with a finishing score of 638. Considering the competition of 91 golfers and 17 schools finishing Top 10 is still an amazing accomplishment. Biola had three golfers finish in Top 25. Turnquist tied for 19th place finishing with a score of 157, Penor tied for 23rd at 159 points and senior Jules Loibl finished tied for 25th place, finishing with a score of 160.

Women’s golf will return to swinging in Hawaii on April 19-21 at the PacWest Conference Tournament which will be held at Waikoloa Beach Resort Course.