Fresh new passions and perspectives can change a generation. 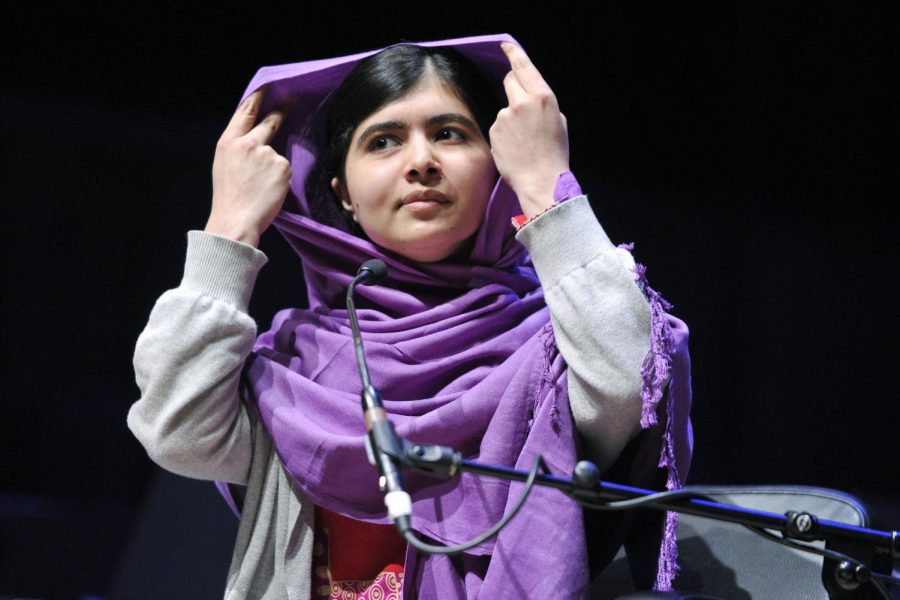 Malala Yousafzai, Anne Frank and Alexander the Great— they left their mark on the world all before the age of 20. There is something special about you. It tends to bring a positive and hopeful perspective on the world and it brings a sense of justice that demands goals be accomplished. When young people stand up for what they believe in and take charge, they can change the world.

Young people should not shy away from leadership roles, whether in the marketplace or in the church. God has given young adults a fresh perspective on the world,  and a unique desire to strive for things older adults may have given up on. They can introduce a new passion, new fire for the thing they are leading, whether it is a junior high school ministry or a training program at work, going above and beyond what is expected of them.
TIMOTHY’S EXAMPLE
One such person that is known for his youthful leadership from the New Testament is Timothy. Born in Lystra, Timothy was heavily influenced by his Christian mother’s encouragement and guidance. He met the apostle Paul during his second missionary journey, becoming a fellow missionary along with Silas. Timothy was wise and Paul’s right hand man and ministry partner. Even though he was much younger than the others, he was an influential leader in the early church.

In his letter to Timothy, Paul exhorts his young friend by writing: “Let no one despise you for your youth, but set the believers an example in speech, in conduct, in love, in faith, and in purity.” This passage is well-known among most believers as an encouragement to young Christians to continue living out their faith boldly.

Timothy might have been facing criticism from the church or from outsiders because of his youth, so Paul reminded him that age should not matter, but rather it is the example that you set for others to follow—like your words, actions, passions, beliefs and virtues that mean the most.

Paul praises Timothy in the letter to the Philppians. The second chapter begins with Paul’s exhortation to the church to follow Christ’s humility and soon leads into Paul telling them about Timothy.

“I hope in the Lord Jesus to send Timothy to you soon, that I also may be cheered when I receive news about you. I have no one else like him, who will show genuine concern for your welfare. For everyone looks out for their own interests, not those of Jesus Christ. But you know that Timothy has proved himself, because as a son with his father he has served with me in the work of the gospel, Philippians 2 says.

Paul was proud of the man Timothy was becoming. Timothy was genuine and respected by the most influential leaders in the early church, as well as the churches themselves. Timothy cared about others in a way that stood out. God used Timothy in mighty ways throughout his missionary work, especially as a positive example for how a Christian ought to be.
LEADERSHIP IN THE MARKETPLACE
College students are quickly faced with the challenging reality of transitioning into a job and supporting themselves. With all the pressures and difficulties that come with being young, Biola students may feel discouraged when thinking about becoming a leader in the marketplace.

However, even in entry-level positions, young people can make an impact. Young people tend to bring fresh perspectives, enthusiasm and optimism to work. Carey Nieuwhof writes that young leaders are a valuable asset to any team.  Not only do they learn fast, but they challenge the status quo. Nieuwhof explains that young leaders are passionate about their workplace mission, whether they work in entertainment, non-profits or government.

Forbes explains that to become a successful young leader, one must be a proactive team player, a good listener, respectful to all and a hard worker. Having good communication skills are an invaluable addition. Do not shy away from leadership opportunities. Often the best place to grow is outside of your comfort zone.
LEADERSHIP IN THE CHURCH
We often think about church leaders who are older, people like Greg Laurie, Tim Keller and Franklin Graham. However, there are more and more upcoming leaders in the faith who are young, like John Mark Comer, Ben Stuart, Tim Tebow and Sadie Robertson Huff.

One of the best forms of leadership is servant leadership, especially in the church. Wycliffe Bible Translators highlights that a servant leader should have integrity, humility, resilience, flexibility, stewardship and empathy. Jesus is the perfect illustration of this. He washed the feet of his disciples, even Judas’ feet, in John 13. Throughout his life on earth, he obeyed his Father in heaven.

College students can find many opportunities to lead in their churches. They do not have to be pastors to have a great influence. Men and women alike can lead children’s ministries, Vacation Bible Schools, junior high and high school ministries, missions trips, local outreaches—the opportunities go on. Being young should not stop anyone from stepping up in the church. Young people can bring new passion to our churches, with the strength and integrity to lead.