The Eagles bounce back from a rough season start to dominate over the Golden Eagles. 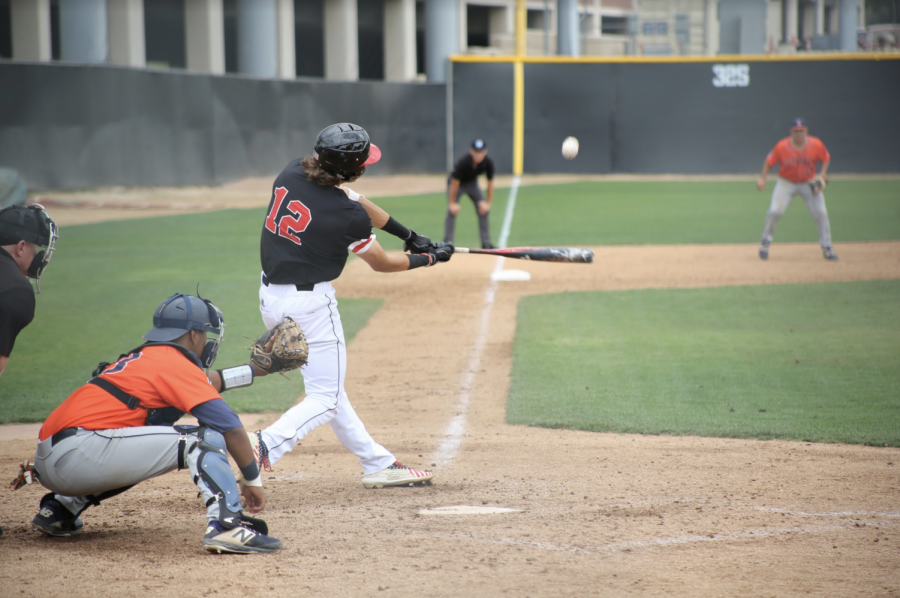 Biola baseball has gone through a rough patch during the beginning of the season, starting out with eight losses. However, they turned their losses around and came out with two wins on Friday afternoon against Concordia University Irvine at Eagles Diamond.

Game one ended with a comfortable 9-2 victory with pitching and offensive dominance. Game two was more of a nailbiter, but showed favor to the Eagles who won 4-3.
GAME ONE SECURED
Sophomore right-handed pitcher Larson Kindreick played six shutout innings, striking out 10 and receiving one hit. His record is now 1-1. Junior second baseman RobertAnthony Cruz initiated Biola’s offensive power in the first inning by hitting a three-run home run on his second pitch of the game. Cruz ended the game with three hits, three home runs and six RBIs. Senior third baseman Jacob Portaro contributed to the offensive power by hitting a solo home run in the third inning. He ended the game with one hit and one home run.

Cruz carried on this home run streak to this game as he hit two three-run home runs and one solo home run. He now has eight home runs in the season. Biola played short baseball in this game, which helped increase the score. In the fourth inning, junior shortstop Connor Konstecka managed to get on base and did some harm to Concordia’s defense.

During two at-bats while Konstecka was on base, he was able to advance to second base and steal third base. When Konstecka ran to steal third, CUI third baseman Kyle Fujisaki did not catch the ball and allowed Konstecka to score the sixth run of the game.

Junior right fielder Brandon Cody started the sixth inning with a double and advanced to third on a ground out. Cody scored the seventh run of the game on a single RBI from sophomore left fielder Tyler Baca. Cruz concluded Biola’s offensive power in the seventh inning.
GAME TWO NAILBITER
Coming off of their first big win of the season, the Eagles were looking to build on their successes. Even with CUI scoring one run in the top of the first inning, Biola came out and matched the run with junior catcher Ben Smith scoring off of a Cruz double. However, the Golden Eagles bounced back and scored two more runs, one in the top of the second and another in the top of the third. With Biola now down 3-1, it was time for a pushback.

Cody propelled the Eagles back into the game with a home run during the bottom of the fourth inning. Both teams remained scoreless throughout the fifth and sixth innings, keeping the score at 3-2 in favor of Concordia. However, Biola fought until the very end, and took the game with a run by senior center fielder Jonny Sage and sophomore outfielder Brandon Thomas in the final inning, winning yet again for the Eagles, 4-3.

The Eagles now advance to 3-8 overall and will go head to head with Concordia University Irvine again for another doubleheader tomorrow, April 3 in Irvine, Calif. starting at 1 p.m.