Men and women’s track and field have multiple top finishers at the Concordia University Irvine Team for Ely Invitational. 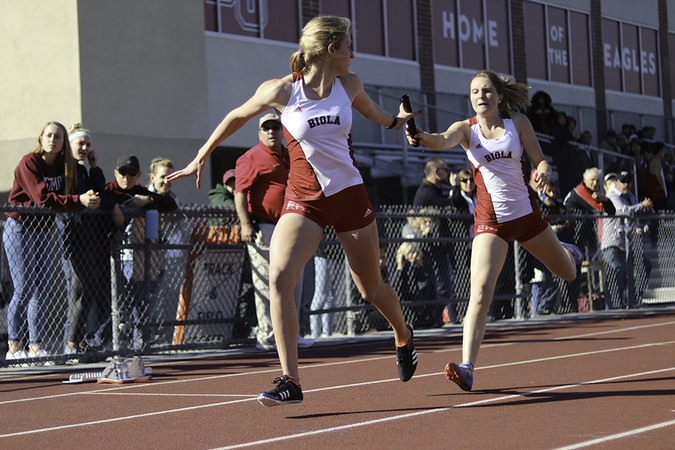 Men and women’s track and field competed at the Team for Ely and Titus Invite hosted by Concordia University Irvine. The men competed on Friday, March 26 and the women competed March 27. They competed among five other schools in over 50 events.
JUMPING TO FIRST PLACE
Freshman Justin Conklin had one first place finish in the 110-meter hurdles. Conklin finished with a time of 15.07 seconds. The Eagles also had three second place finishes from junior James Tyler and sophomore Gabriel Igbokwe. Tyler went the distance finishing the 5,000-meter run in 15 minutes and had a finishing time of 3:57.03 in the 1,500-meter run. Igbokwe competed in the triple jump having a mark of 14.05 meters.
A RUNNING SUCCESS
Two women were able to finish in first and had six second-place finishes. Senior Emily Alvares competed in the 400-meter dash having a finishing time of 56.84, her new personal best. Sophomore Grace Catena also placed first in the 3,000-meter steeplechase, having a finishing time of 11:15.00.

Track and field will compete on April 3 away at Azusa Pacific University for the APU Invitational. For updates check the Biola Athletics website.