“Head Up High” remains consistent with the fun, carefree history of the band. 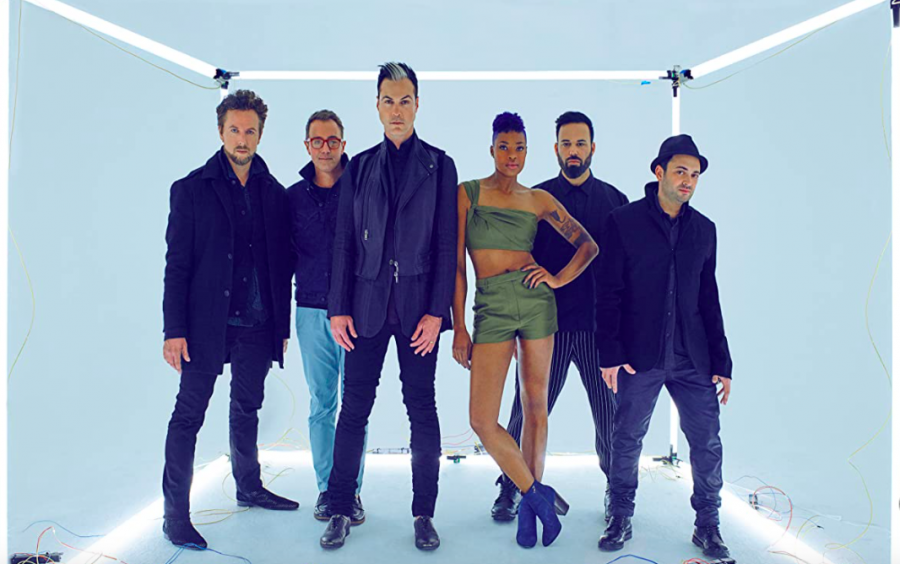 Fitz and the Tantrums are well-known for their energized, dance anthems that are nearly impossible not to play on repeat. Full of joy and carefree songs about love, friendship and partying, lead singer Fitz released his solo debut album “Head Up High” on March 26, bringing back some well needed levity and life back into indie pop. In a time of difficulty, Fitz remains hopeful and positive—encouraging listeners to never give up and to keep their “head up high.”
HANDCLAPS FOR A GOOD TIME
One of the most apparent themes of the album is joyful celebrations and carefree fun. In one of their first songs on the album, “Congratulations,” Fitz speaks to finding personal validation in the midst of adversity.

“I’m here, saying congratulations to the face in the mirror… If you don’t wanna say it I’ll say it to myself,” he sings in the chorus.

Both encouraging and uplifting, Fitz continues to be a source of positivity and hope for anyone feeling broken down by those around them.

“Piñata” continues this celebration, touching on the nerve-wracking, contagious energy of new love. Fast-paced and exciting, Fitz perfectly replicates the emotions of premature love and the almost explosive emotions that come with any crush— “my heart is bangin’ and bangin’.” With this party imagery, he encourages listeners to enjoy life and take time to simply be present with their emotions, especially when falling in love.

Moving on from love and into the superficial, “House Party” delves into alcohol-infused, inhibition-free community. While the emotional depth of the song remains shallow, Fitz does comment on the way that being with others, even strangers, can help with “the lonely” and allow for “a little bit of good by your side”—a party being the band’s resolve to feelings of isolation.
SELF-REFLECTION AMIDST DANCE PARTIES
While Fitz and the Tantrums has spent a majority of their album describing wild parties, friends found in unlikely places and the all-consuming nature of love, Fitz attempts to venture out of their league and into more emotional territory.

“Somebody Sometimes” begins this deeper dive into much more complex emotions—Fitz uses upbeat music to talk about isolation and how continual avoidance of others will leave you alone with “your shadow.” Tackling the difficulties of fame, Fitz encourages the pursuit of relationships over that of personal success.

As one of the only low-fi songs included on the album, “Still Cool” is a breezy song that replicates the salt and chill of the beach—the band reflecting on past relationships and focusing on restoration. Documenting love lost, Fitz looks back on how love falls apart and what it means to be “cool” even after the separation of lovers. He engages with tragedy, adding a perfect dash of complexity to an album nearly devoid of anything vulnerable.
LITTLE CHAMPIONS, BIG HEARTS
From their success beginning in 2013 with their iconic pop song “Out of My League” to their present success, Fitz and the Tantrums have been indie underdogs who have continued to impress audiences for nearly a decade with their catchy lyrics and their lively dance music. While still a bit under the radar, Fitz continues to emerge with innovative music that may lack complexity in many ways but is certainly fun to listen to. Fitz may lack the heart of other artists in the genre, yet he brings a unique, distinguishable voice and songs that resonate on many levels—both in moments of happiness and loss.