The Eagles’ offense did not respond in time for wins against PLNU. 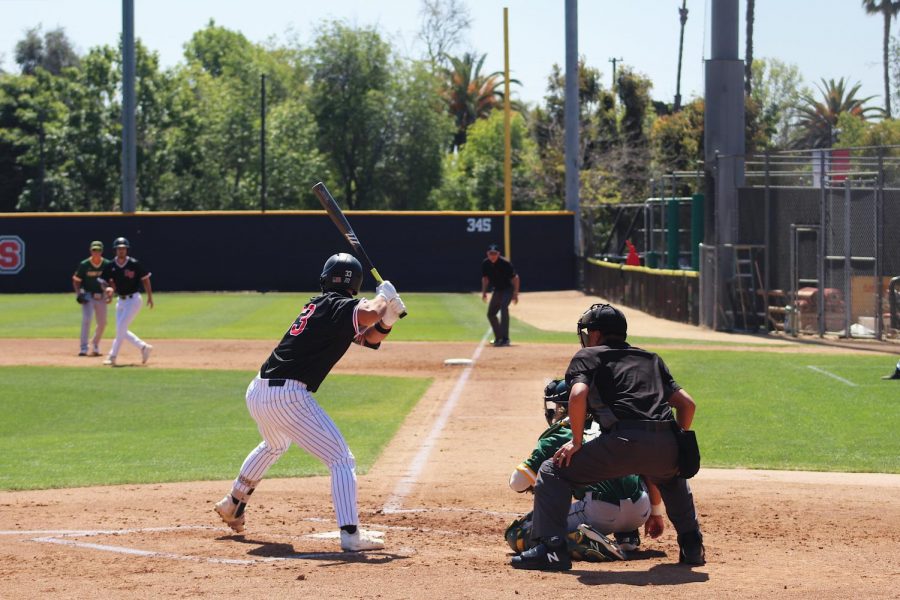 Although sophomore right-handed pitcher Brayden Englert had a shaky first inning in game one, Biola’s offense was able to even the score. After being down by three runs, junior second baseman RobertAnthony Cruz awoke the offense by hitting a home run on a 3-2 pitch count off of PLNU’s senior pitcher Zack Nolls, who had not received a hit. Cruz ended the day with two hits, two RBIs and one home run.
DEFENSIVE SETBACK
It took a while for Englert to get into rhythm after allowing two runs in the first inning. Englert was able to play five more innings without allowing another run. Biola’s offense was able to capitalize on Point Loma’s errors. In the sixth inning, as Biola had two runners in scoring position, Cruz took advantage of Point Loma’s pitching instability and got an RBI single. The Eagles’ offensive press threatened Point Loma as they committed another infield error that allowed Cruz to score on an unearned run. However, the Eagles’ effort was not enough to get the win.

Biola freshman pitcher Anthony Ortiz allowed a single and a walk which jeopardized their possible win. In an effort to strengthen the pitching in the ninth inning, sophomore right-handed pitcher Tyler Mead was put in to face Otto Kemp and Brett O’Toole, who both had two hits in the game. However, PLNU came back with a walk-off single by O’Toole.
PITCHING SILENCES OFFENSE
Both starting pitchers showcased their pitching skills which made it difficult for the offense to get hits. However, Point Loma junior pitcher Nathan Garkow took the win by playing a complete game, having 10 strikeouts and four hits.  Biola sophomore left-handed pitcher Larson Kindreick had three solid innings, having three strikes and one hit. In the fourth inning, Kindreick’s power started to wear out as he walked players, threw wild pitches and gave an RBI walk to junior catcher Easton Waterman. Kindreick ended the game with six strikeouts and two hits. Biola’s defense committed errors that cost them the game. In the sixth inning with the score of 2-0 in favor of Point Loma and no outs, Biola freshman right-handed pitcher Jack Anderson threw the ball too hard to junior first baseman Jackson Collins and it went past him. This error resulted in a definite 3-0.

Biola now stands 0-6 overall and in the Pacific West Conference. The Eagles will host Point Loma today on another doubleheader at noon and 3 p.m. where they will seek their first win of the season.