The Eagles defeat Azusa Pacific University in a doubleheader. 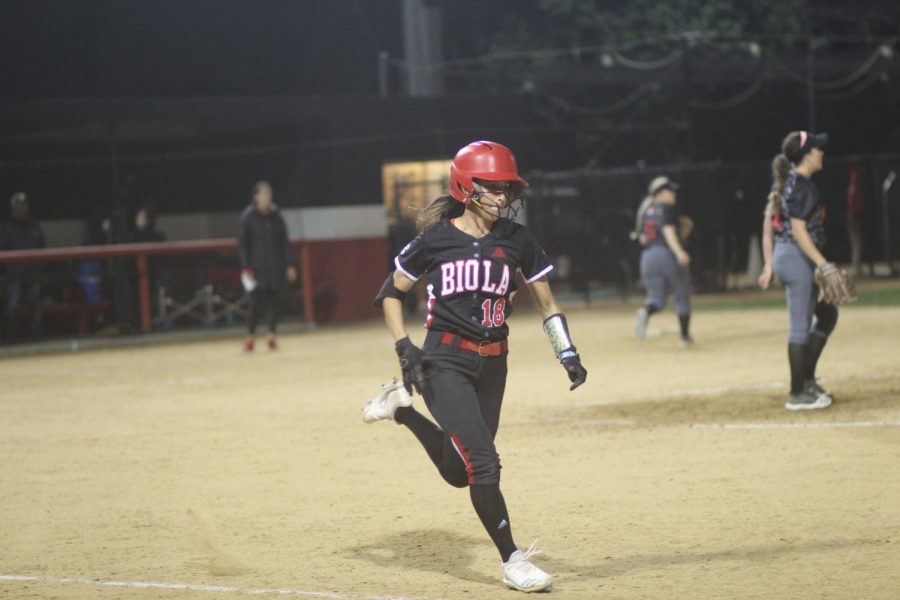 Biola headed to Azusa Pacific University Friday afternoon to play their second doubleheader against the Cougars. The Eagles split earlier in the week against APU, but today they left the Cougars in the dust. The Eagles won 4-2 in game one and 3-0 in game two.

The Cougars started off by making the first two points in the first inning, but the Eagles responded by scoring a run in the second inning. From the bottom of the second until the seventh inning, it was quiet from both teams. Freshman first baseman Abie Nowak got a RBI groundout sending junior middle infielder Kylie Velasco to second and sent freshman outfielder Maddie Riley home to tie the score.

To keep the momentum going, freshman shortstop Rilee Ruvalcaba hit a single down the middle. Velasco was looking to get another point, but returned to third base. APU’s catcher had a wild throw that resulted in an error and allowed both Velasco and Ruvalcaba to score for a 4-2, ultimately winning the game.
SECOND GAME SHUTOUT
Sophomore pitcher Jennifer Morinishi was outstanding, bringing game one to a close and gaining 10 outs, getting her first win of the season as a pitcher. Junior pitcher Paige Austin killed it in game two, logging a one-hitter in a shutout performance. Austin showed no mercy, drawing 12 strikeouts from APU.

In the third inning Velasco made the first run of game two. Following the run was freshman catcher Brie Nowak who hit a double and brought home the final two—senior catcher Kayla Neff and sophomore outfielder Madison Blossey. Biola won the game, 3-0.

Softball now advances to 11-9 overall and will return home to Freedom Field on Wednesday, March 31 at 4 p.m. for another doubleheader against Concordia University Irvine.