The Eagles fall to Concordia University Irvine in a scoreless PacWest loss, 0-2. 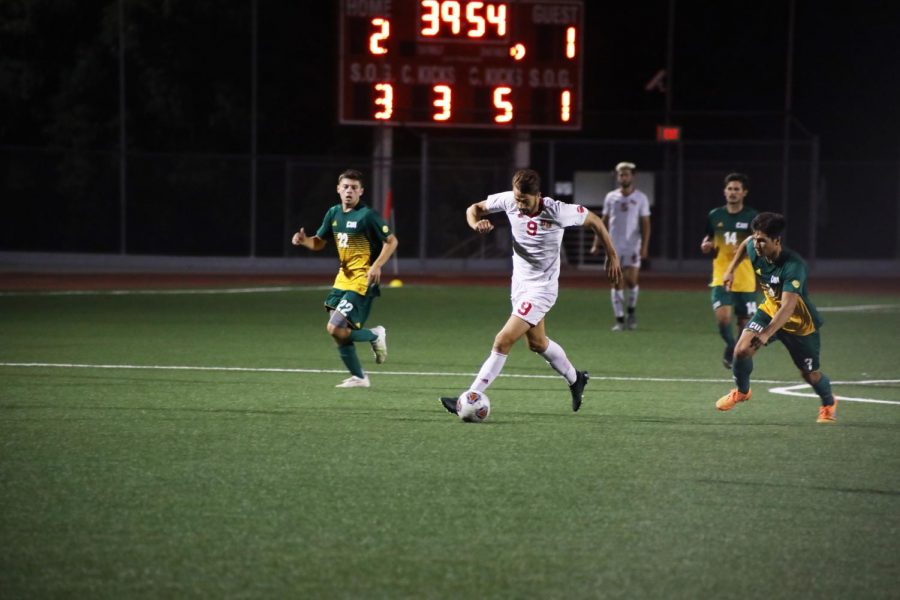 Biola soccer traveled to Irvine, Calif. to make up a COVID-19 postponed game from earlier in the season against the Concordia University Irvine Golden Eagles. After losing to CUI back in February, Biola was looking for revenge in their final game of the shortened season. However, the Eagles went out on a tough note, losing once again to Concordia, 0-2.
SOCCER STUNNED
The game started off with the Golden Eagles in total control. CUI found the back of the net twice in the first half, putting Biola in a critical position. Two yellow cards and one red card were dispensed for both teams. Junior midfielder Jonathan Serrano was the receiver of the one yellow card for Biola, while junior midfielder Aidan Hill received the red card that would eject him from the game.

The second half proved more of the same for Biola, as they could not connect and find offensive gains. Freshman forward Adam Jones earned another yellow card for the Eagles at the 67-minute mark. Even though Biola found four saves and only eight fouls on the night, they did not get enough shots to make a comeback.

The Eagles ended their revised COVID-19 season with an overall record of 1-4.