The Eagles could not keep up with the steller offense of Azusa Pacific University, losing both doubleheaders. 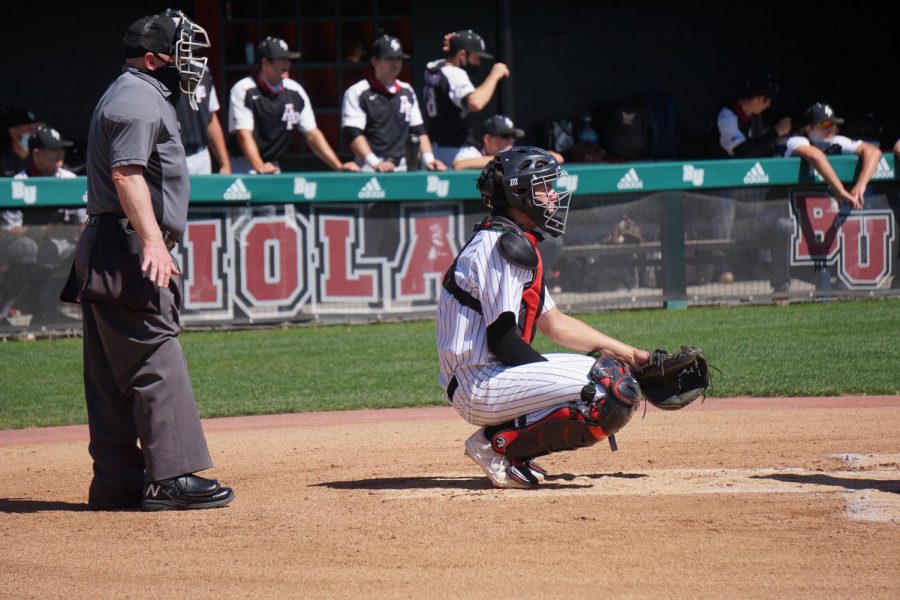 The Eagles traveled into rival territory to finish out the backend of two doubleheaders against Azusa Pacific University on Saturday afternoon. Biola lost both games to the Cougars yesterday and continued to struggle against APU’s offense today, losing both games, 3-11, 3-15.
PROMISING START

Both teams remained scoreless in the second and third innings, but as the bottom of the fourth rolled around, the Cougars took off. Seven total runs were tallied in favor of APU, stunning the Eagles with their early-on momentum. Two more runs were brought in by the Cougars in the bottom of the fifth, putting APU up 9-3. Biola was unable to match the offensive energy and did not produce any more runs the entire night. They allowed APU to score two more runs in the seventh, resulting in the final 11-3 defeat.
EXHAUSTED EAGLES
Game two revealed fatigue early on in the opening innings with both teams scoreless. It wasn’t until sophomore right fielder Brandon Thomas hit a home run into left field that brought him full circle and the Eagles their first score of game two. APU fought back by scoring a total of 15 runs within four innings, making a comeback out of reach for the Eagles. Even with sophomore shortstop Tyler White hitting a homerun and bringing Thomas home as well, the two points were not near enough to force a bottom of the seventh. The Cougars ran away with the final game, 15-3.

The Eagles (0-4) will take a week off before heading south to San Diego, Calif. to take on Point Loma Nazarene University on Friday, March 26 in a doubleheader starting at 12 p.m.