The Eagles lose their second game against the Penguins, 1-2. 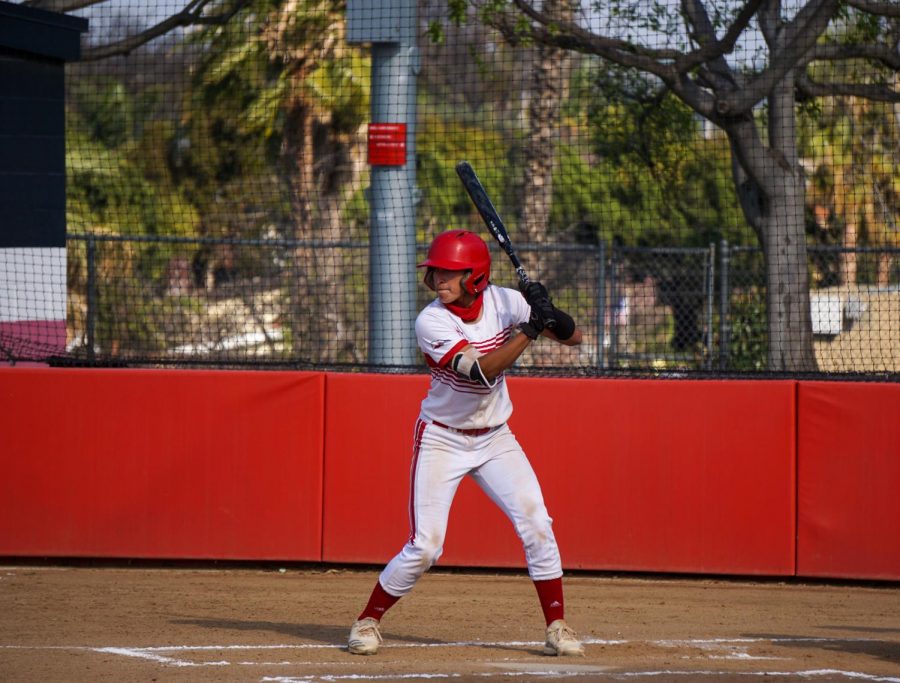 Junior #7 Ruth Munoz up to bat.

Biola softball had their second doubleheader against the Dominican University of California Penguins on Saturday, March 20. After a double win on Friday afternoon, the women were able to win game one by 4-0 but ultimately split with the Penguins when Dominican won game two, 1-2.

The Eagles dominated the Penguins thanks to a shutout effort from junior pitcher Paige Austin. This was Austin’s fifth game and first shutout of the season. Austin was able to get 10 strikeouts. All it took was two hits to gain four runs and win it all in the first game.

In the first inning, freshman pitcher Raylene Roybal made a hit to left center sending freshman outfielder Jennifer Morinishi and junior middle infielder Kylie Velasco to make the first two points of the game. Senior catcher Kayla Neff hit to the left field sending in Velasco and sophomore outfielder Madison Blossey to make the final two runs, ultimately winning the game, 4-0.
DOUBLEHEADER DISAPPOINTMENT
The Eagles were hopeful going into game two and were able to score the first point when freshman pitcher Kylie Messmer singled to the shortstop sending in freshman catcher Brie Nowak for the first and only point made by the Eagles. The game was quiet until the sixth inning when the Penguins hit a double scoring two points leading the Eagles to lose, 1-2.

The Eagles’ (8-8) will go up against the Azusa Pacific University Cougars on Wednesday, March 24 at the Cougar Softball Complex. The first game starts at 4 p.m. and the livestream is available on the Biola Athletics website.