The case for “Tenet”: what the Oscars are missing 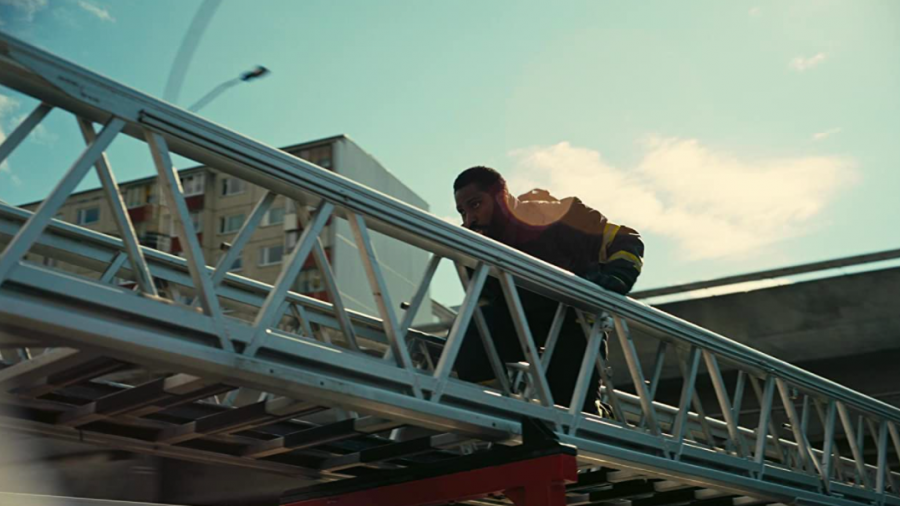 High-quality popcorn flicks are indispensable hallmarks of the cinematic zeitgeist. A case in point: Christopher Nolan’s “Tenet.” Although not the pinnacle of Nolan’s work, the film was still a valuable asset.

While not as aesthetically and conceptually revolutionary as “Inception” or “Interstellar,” or culturally disruptive like “The Dark Knight,” “Tenet” was one of 2020’s few theatrical tentpole movies—and one of its most purely entertaining as well.
THE ACADEMY AWARDS’ SITUATION
Despite 2020’s snowballing surge of movie theater closures, production delays and release postponements, an impressive slate of Oscar-worthy films rose out of the ashes. Most of the films carrying the 2021 Academy Awards nominations are dramas touching on the human condition or some aspect of history and culture.

The academy’s commitment to diversity and authenticity should not be overlooked. For instance, Chloé Zhao, the Chinese director of “Nomadland,” is the first woman of color to be nominated for Best Director. However, with their increasing emphasis on social justice, the academy is failing to pay attention to achievements in art for the sake of entertainment.

Along with films that spur societal change and illuminate the struggles of humanity, the academy should also acknowledge movies that skillfully transport audiences into fantastical worlds and situations.
THE ATMOSPHERE
“Tenet” should have at least been considered for Best Film Editing, Best Original Score and Best Sound.

Over the past several years, “The Bourne Ultimatum,” “Mad Max: Fury Road” and Nolan’s own “Dunkirk” memorably won the Academy Award for Best Film Editing. “Tenet” absolutely falls into the category of these movies. Although a loud, senseless action extravaganza at first glance, “Tenet” ultimately mixes in enough craft, intellect and artistic flair to warrant Oscar recognition.
THE MUSIC
First and foremost, Ludwig Göransson’s score for “Tenet” added another level of edginess and insanity to the standards set by frequent Nolan collaborator Hans Zimmer.

Göransson’s work, which includes the music of “Black Panther” and “The Mandalorian,” has ushered in a new generation of cinematic soundtracks that pay homage to past composers while remaining searingly modern. “Tenet” was no exception.

Combining the vibrations of violins and bass with throbbing dubstep beats and electronic synth riffs, the score is a textbook example of masterful music production, begging to be streamed on Spotify or downloaded on iTunes.

For 2021 Best Score nominee “Soul,” the score was more than incidental music—it directly contributed to the mood, atmosphere and message of the film. The same can be said for “Tenet’s” soundtrack, which played backward during scenes with inverted time, and changed in tone and instrumentation to correspond with the film’s progression of crucial action scenes. If Pixar’s “Soul,” which connected a soundtrack with a story, was nominated for Best Score, “Tenet” should have been nominated as well.
THE SIGHTS AND SOUNDS
“Tenet” absolutely deserves the Oscar nomination it received for Best Visual Effects. Failure to win in this category would be a real shocker.

A peek through this year’s visual effects nominees reveals the uncanny CGI talking animals of “The One and Only Ivan,” the grotesque creature-feature beasties of “Love and Monsters,” the apocalyptic disasters of “Midnight Sky” and the Disney-fied martial arts magic of “Mulan.” These effects sequences more or less follow well-trodden ground; none of them hold a candle to “Tenet’s” visual trickery.

Riddled with metaphysical twists, “Tenet” toyed with film physics, sometimes placing forward-moving characters in backward-moving worlds. These rips in the fabric of time permeated car chases and airport accidents, as well as a bonkers climactic battle in a video game-esque warzone.

Granted, the action scenes in “Tenet” were not as memorable as, say, the rotating hallway in “Inception.” However, what they lacked in “wow” power, they made up for in resourcefulness and creative enterprise.

“Tenet’s” time warps did not just look impressive, they sounded impressive. Although some critics complained that dialogue was difficult to hear, the sound design in “Tenet” was a truly immersive auditory landscape. With gunshots, explosions and chaos of all shapes and sizes, the noises of “Tenet” blasted out of movie theaters’ sound systems with utter pandemonium.
IN CONCLUSION
Despite its imperfections in storyline and content, “Tenet” was an unforgettably theater-shaking, headache-inducing joyride.

Nolan earns the adoration he gets; he is a true auteur. Back in 2011, “Inception” was nominated for eight Academy Awards—and won half of them. Hopefully, Nolan’s work will someday see that kind of Oscar attention once again.