Softball wins both games against Dominican

The Eagles dominate in a doubleheader for the first time this season. 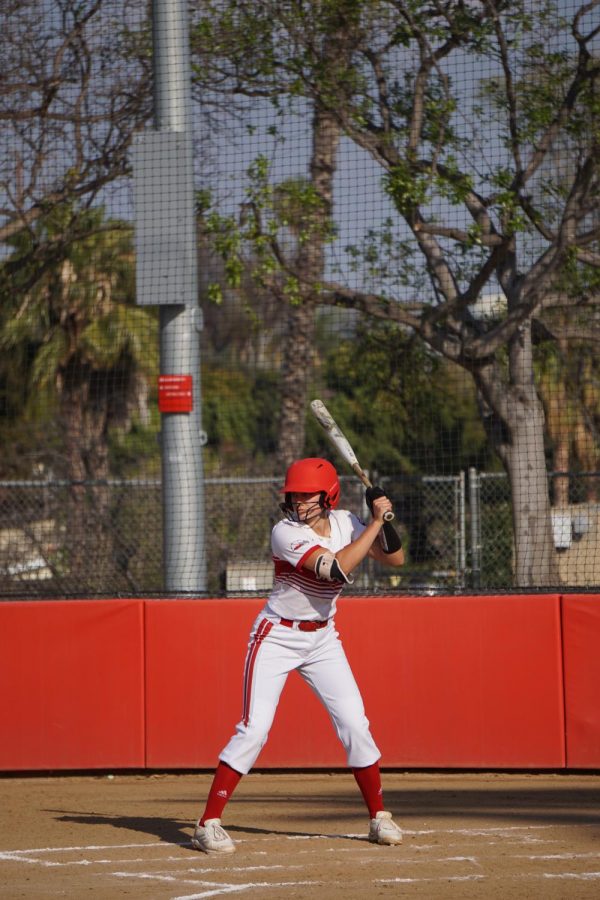 Biola kicked off their four-game weekend crushing the Dominican University of California Penguins in a doubleheader on Friday evening. With that, the women scored the most points they have in a game since the season started. They won their first game 6-1, and they won the second game, 2-0.

Senior catcher Kayla Neff started the first game off hot with a big hit that helped junior middle infielder Kylie Velasco and junior utility player Ruth Munoz put the first two points on the board. In the fifth inning, freshmen shortstop Rilee Ruvalcaba and pitcher Kylee Messmer hit back to back bringing in three more runs. The women were able to score another point, bringing them to victory over the Penguins, 6-1.
WOMEN WIN BIG
Game two for the Eagles was extremely quiet with no action until the end of the game. At the bottom of the sixth inning, freshman infielder/outfielder Alexis Lara advanced to second, sophomore pitcher Jennifer Morinishi advanced to third base and Velasco stole home putting the Eagles on the board. The second play was made by freshman first baseman Abie Nowak hitting out to right field, sending Lara to third and bringing Morinishi to score the second and final point, winning the game, 2-1.

The Eagles’ women (7-7) will go up against the Penguins again at home. The first game starts at 12 p.m. on March 20. The livestream is available on the Biola Athletics website.