God designed women to be defined by him, not anything or anyone else. 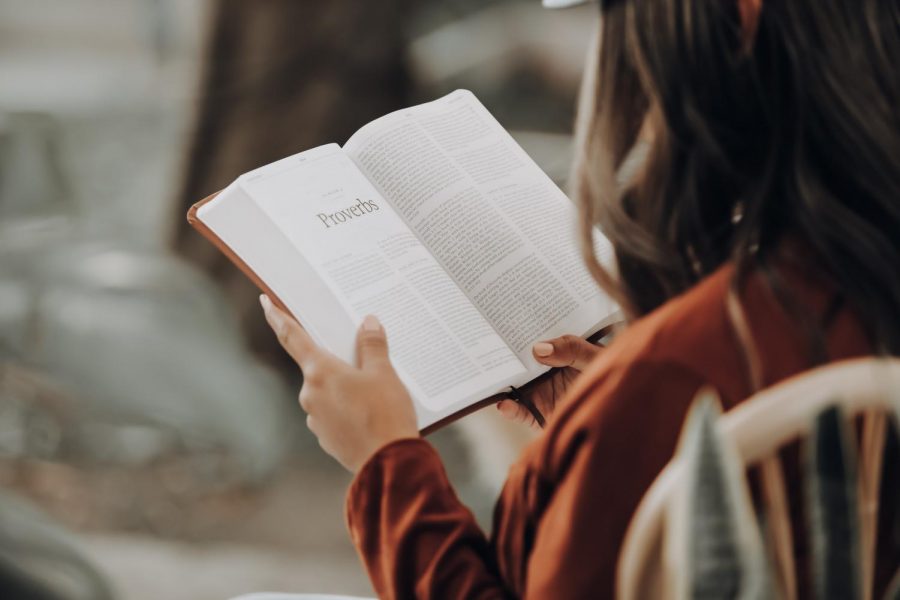 Photo by Joel Muniz on Unsplash

Although Christians typically think of Eve as Adam’s “helper”—which is taken from Genesis 2:18—Eve’s name means “life,” “life-giving” or “the mother of all life.” God designed women to be complimentary—not inferior—to men.
WHO WAS THE PROVERBS 31 WOMAN?
Our perception of the “Proverbs 31 woman” carries religious expectation rooted more in American Christian culture’s idea for women than in God’s. Proverbs 31:10-31 is not meant to be an ancient, unrealistic list of expectations; It is a celebration of God’s true design for women. Younger generations have finally broken out of the “stay-at-home-mom requirement” for women, which is not rooted in the bible.

The Bible calls men and women to work hard for the glory of God at everything they do. Proverbs 31 details this out as it describes a woman who “works with willing hands,” “rises while it is yet night” and “considers a field and buys it.” This can be intimidating. The “Proverbs 31 woman” appears to run a household, manage the finances, make her own clothes, barter and trade, feed the homeless and look good while doing it. If this is our ideal example of womanhood, then we are bound to fall short.

But Proverbs 31 does not describe anything not already detailed in the previous 30 chapters of Proverbs. Proverbs is a book of wisdom, written to instruct people to fear the Lord. Proverbs 31 is also rooted in the reality that “a woman who fears the Lord is to be praised.” All Proverbs 31 does is emphasize that wisdom and its blessings are a gift from God. Instead of worrying about whether we are checking all the boxes, Christian women only need to consider whether they are putting God first. Everything else is the fruit of that.
JESUS WAS A FEMINIST
The term and the movement behind feminism have come to mean many different things throughout history, some of which are disagreeable for some sects of the Western church. However—feminism, in its most basic form, is the advocacy for the belief that the sexes are different yet equal. By that definition, Jesus was a feminist—and you should be too.

In Jesus’ day, a woman’s worth was determined by her relation to a man, whether that be her father, brothers, sons or husband, her place was only in the home and only men learned from the Torah. Jesus dismantled the patriarchal systems that defined women’s roles in first-century Palestinian Jewish culture by simply letting women follow him in his ministry. Mary Magdalene and other women were traveling unmarried, with a group of men they were not related to, learning from a rabbi and ministering alongside him. That is radical feminism.

In Luke 10:38-42, Jesus is teaching at the house of a woman named Martha. She is doing what women would traditionally do—be hospitable and serve. By all cultural standards and expectations for women, she was in the right for demanding Mary help her. Jesus affirmed Mary’s choice to learn from him, despite the fact that sitting at a rabbi’s feet was a man’s place. He even went so far as to tell Martha that Mary made the correct choice. Jesus implied that a woman’s place is not in the kitchen.
A WOMEN’S ROLE TODAY
Feminism should not disparage women for their choices. If wife, mother and homemaker are roles she truly wants to hold, then all power to her. If being a single CEO is the role she wants, then so be it. But above all, our place is at the feet of Jesus. And a woman’s worth is not determined by her relationship with any man or role she plays.