Softball splits for a second time against CUI

Biola had a rough first game (0-6) but gained another victory versus Concordia University Irvine, (3-2). 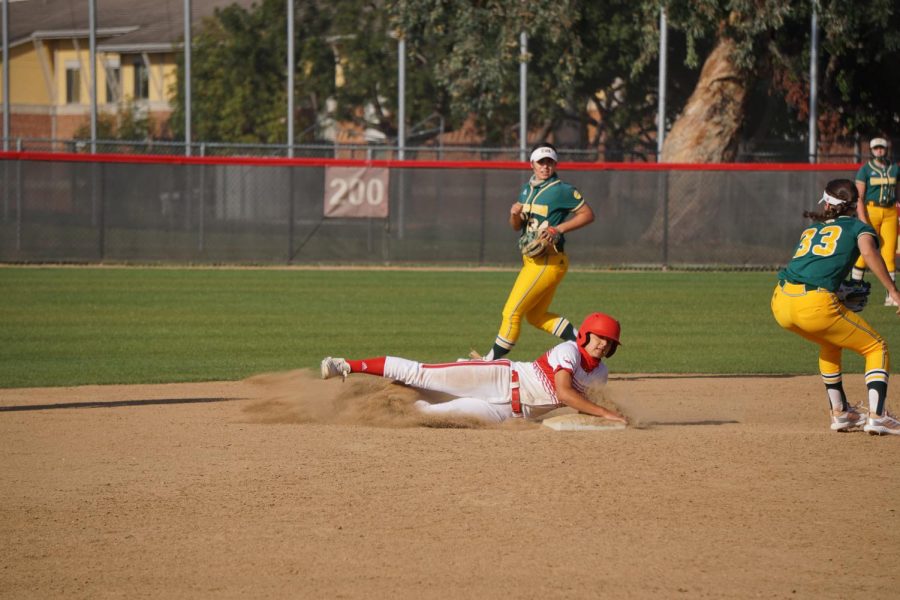 Biola softball played their second doubleheader against the Concordia University Irvine Golden Eagles at home in La Mirada, Calif. on Saturday afternoon. The first game was a blowout leaving Biola in the dust, 0-6. The Eagles barely swung by in the second second game, 3-2.

Biola was unable to bring it home for the first game, as CUI blew it out of the park. The first three innings were extremely quiet until the fourth inning where CUI made their first point. CUI showed no mercy, going on to make five more runs. Ultimately, Biola gave into defeat, 0-6.

The loss from the first game fueled a fight within the women, as they showed up and defeated the Golden Eagles for the second time this week. The start of the game was not promising but the Eagles made a comeback scoring three points, ultimately winning the game. Freshman outfielder Maddie Riley hit to the left field, advancing to second on the throw and sending in freshman outfielder Allie Beck to score the first point of game two.

Sophomore infielder Kiana Meriales followed in the same fashion, hitting the ball right up the middle for freshman infield/outfielder Alexis Lara to run home and tie the score. At the bottom of the eighth freshman shortstop Rilee Ruvalcaba hit a double, sending sophomore outfielder Madison Blossey home, breaking the tie and securing a victory, 3-2. The Eagles’ women (4-4) will go up against Azusa Pacific University in a doubleheader away at the Cougar Softball Complex. The first game starts at 4 p.m. on March 16. The livestream is available on the Biola Athletics website.