Veteran Alex Wright pushes 20 points and 12 rebounds to lead the Eagles to a victory. 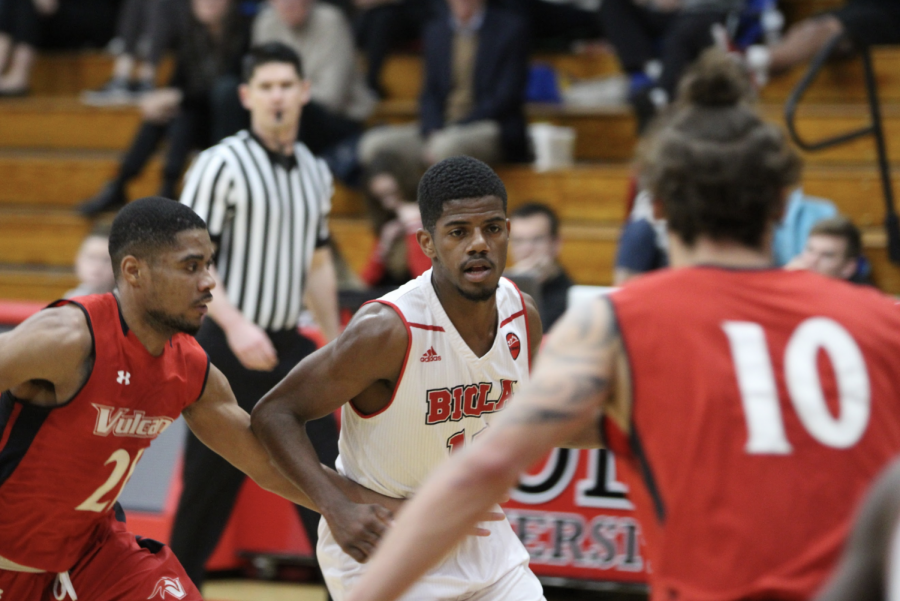 Last night, the scoreboard at Fresno Pacific University read good news for Biola a majority of the evening, but it was thanks to the last six minutes of an intense neck-to-neck game that the Eagles were able to breathe a collective sigh of relief as the board read 76-74. This win secured the Eagles’ first win in the NCAA tournament games over the FPU Sunbirds.
A SHAKY START
Both teams came out to a shaky start as they struggled to establish an offensive rhythm. Biola fell behind early but was able to claw their way back up thanks to redshirt junior guard Alex Wright and freshman forward Maximo Milovich, who combined for nine of 13 offensive rebounds that night.

After a gallant effort by FPU’s Aamondae Coleman, who ended the game with a game-high 26 overall, the Eagles headed into halftime with an edge of 41-36.
DRY SEASONS
Biola gained momentum in the second half thanks to 14 turnover slipups by FPU allowing them 15 points-off-turnovers. Despite this, the Sunbirds still eventually took the lead in the second half with 38-35, but could not pull away, clutching only one of eight opportunities to widen the gap. Senior Forward Jesse Elrod took that chance to obtain Biola’s biggest lead of the night at 67-57.

Sadly, Biola’s period of reprieve did not last long as they too entered their own dry season once again, narrowing their lead to a heart-stopping one point. Veterans Whitten Dominguez and Chris Rossow played along with Wright for an exhausting 38 minutes, which had onlookers on the edge of their seats. Dominguez granted the grueling night an end as he executed the game’s final rebound on FPU’s side securing Biola’s victory after an intense fight.

The Eagles (10-4) will finish their weekend slate against Colorado School of Mines on Saturday, March 13 at 5 p.m.