Biola swim team secure their final victory of the season

Both men and women defeated Pepperdine University in their final meet of the season, 105-100. 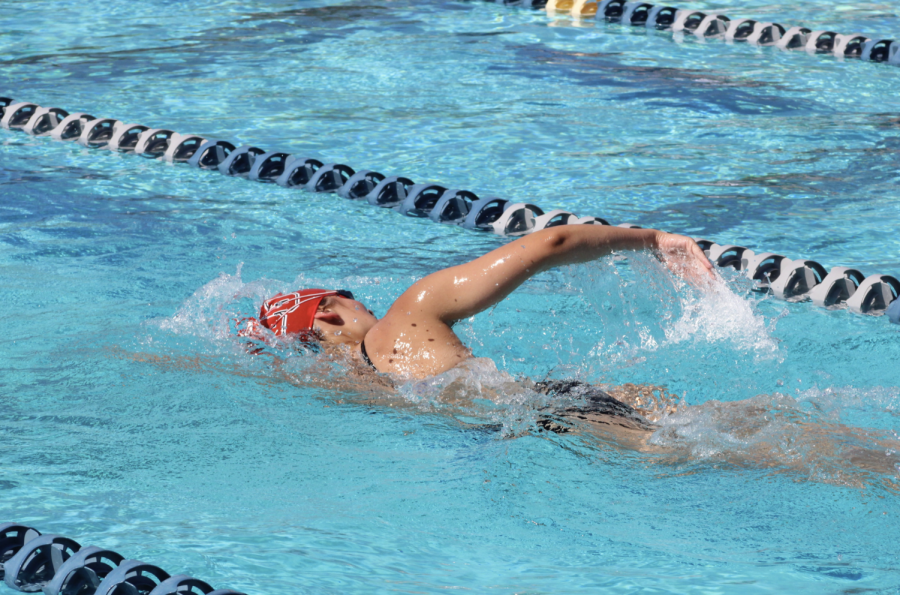 Biola’s men and women’s swim teams competed against Pepperdine University in Malibu, Calif. on March 13. They competed against the Waves in a 22-event meet for the Pacific Collegiate Swim Conference. Both the men and women were successful and received a combined team score to beat Pepperdine, 105-100.
10 OUT OF 10
The men were extremely successful in today’s swimming competition, winning 10 out of 10 events. Sophomore Gabe Weber secured a finishing time of 9:56.43 in the 1000-yard freestyle. Sophomore Tanner Smith killed it in the 200-yard IM finishing at 1:59.83. Freshman Matthew Trejo received a finishing time of 4:51.47 in the 500-yard freestyle. The Eagles annihilated the Waves wrapping up their season and putting Biola’s final standing at 3-2 for the men’s swim and dive team.
FLAWLESS FINISH
Today’s win was a combined score with the women. This win puts Biola’s women’s swim and dive team at a perfect 7-0 to finish the season. Sophomore Anna Haaksma was victorious in the 100-yard breaststroke finishing at 1:07.93. Sophomore Koyla Vos had a finishing time of 53.19 seconds in the 100-yard freestyle. Vos, sophomore Meredyth Rubie, freshman Meghan Tolman and junior Kasidee Pascoe were No. 1 in the 400-yard freestyle relay finishing at 3:34.39.

Freshman Grace Kling, Vos and Tolman will head to the NCAA Division II Swimming and Diving Championships on Wednesday, March 17. The competition will take place in Birmingham, Ala. at the Birmingham Crossplex.