The Eagles secure victory over the Panthers, 5-2. 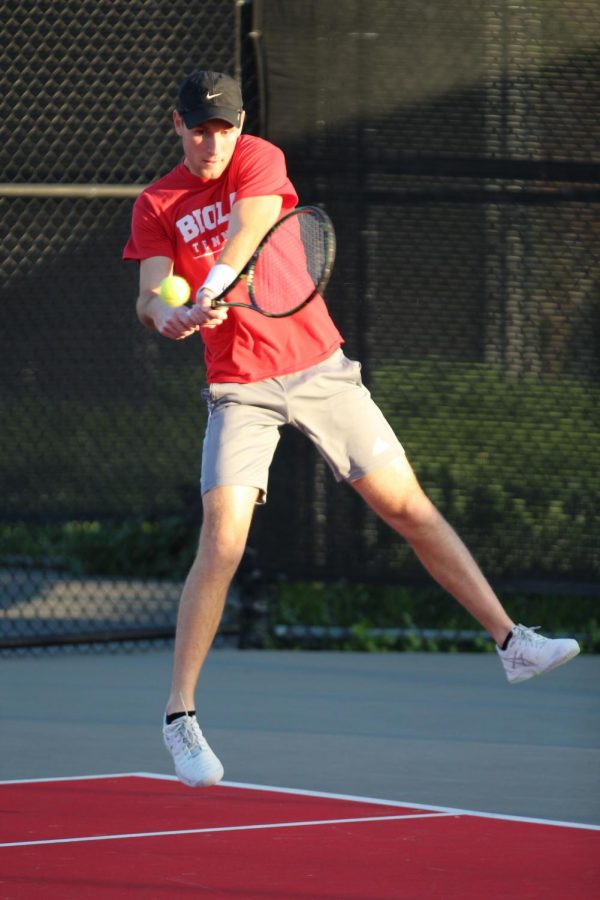 It was a successful start of the weekend for men’s tennis. Friday morning at the Biola Tennis Center, Biola went against the Chapman University Panthers. The Eagles were able to secure their second victory in a row, 5-2, making this the fourth win for the men’s tennis team this season.

The men’s tennis team was led by sophomore Alexei Prokopchuk, he took the No. 1 spot earning a victory in his singles match, finishing with six points each set. Prokopchuk went on to double up with partner sophomore Antonio Rosales Varona winning the first doubles match, 6-2.
MATCH MAYHEM
Rosales Varona followed Prokopchuk, taking the No. 2 spot for the Eagles by gaining a straight sets victory as well. Sophomore Sebastian Herrara and senior Erik Martinez finished off their match with a score of 6-3, to gain the doubles point for the match. In the last match of the day, sophomore Alex Sedeno went into a third set tiebreaker and finished his third set 10-7, ultimately leading the Eagles to victory, 5-2.

Men’s tennis (4-3) will return home to the Biola Tennis Center on Saturday, March 13 at 1 p.m. to take on California Lutheran University.