Volleyball starts their season with a loss

Biola goes down fighting in Monday’s matchup against Alaska Fairbanks. 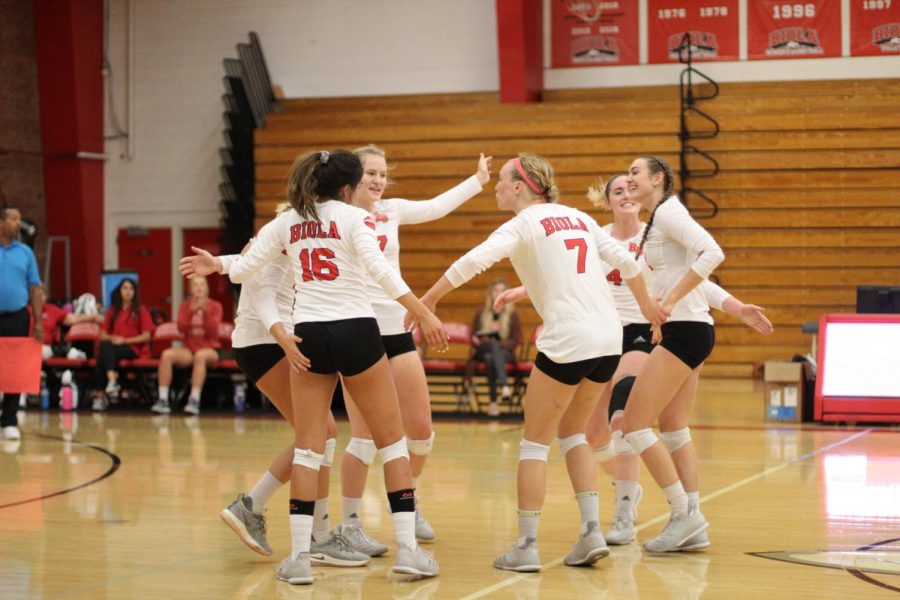 Volleyball started the season diving full speed ahead. The women had their first game ahead of the PacWest Conference, going head-to-head at home versus the University of Alaska Fairbanks Nanooks on Monday, March 8. Biola was able to win one of four sets but unfortunately gained their first loss of the season.

Regardless of their loss, the Eagles did not go down without a fight. Freshman outside hitter Dominique Kirton led the attack for Biola as she secured 11 kills. Following close behind was sophomore middle blocker Raegan Tjepkema with eight kills. Sophomore setter Abby Brewster led the team with four aces in the match while gaining a total of 11 digs and 15 assists.
DIGGING DEEP
With the first set tied 8-8, the teams were back and forth until Alaska Fairbanks went on a three point run, gaining a 12-10 lead. The Eagles retaliated with a four point run to take the lead 14-12. The first set became a one point contest until the Eagles were able to pull ahead and win 25-22. The Eagles dropped the next three sets and were defeated by the Nanooks 26-28, 23-25 and 25-22.

Volleyball (1-0) will return home to Chase Gymnasium and go against Point Loma Nazarene University on March 17 at 6 p.m. The livestream is available on the Biola Athletics website.