Memorable and insufferable, “You’re Welcome” is a mixed bag. 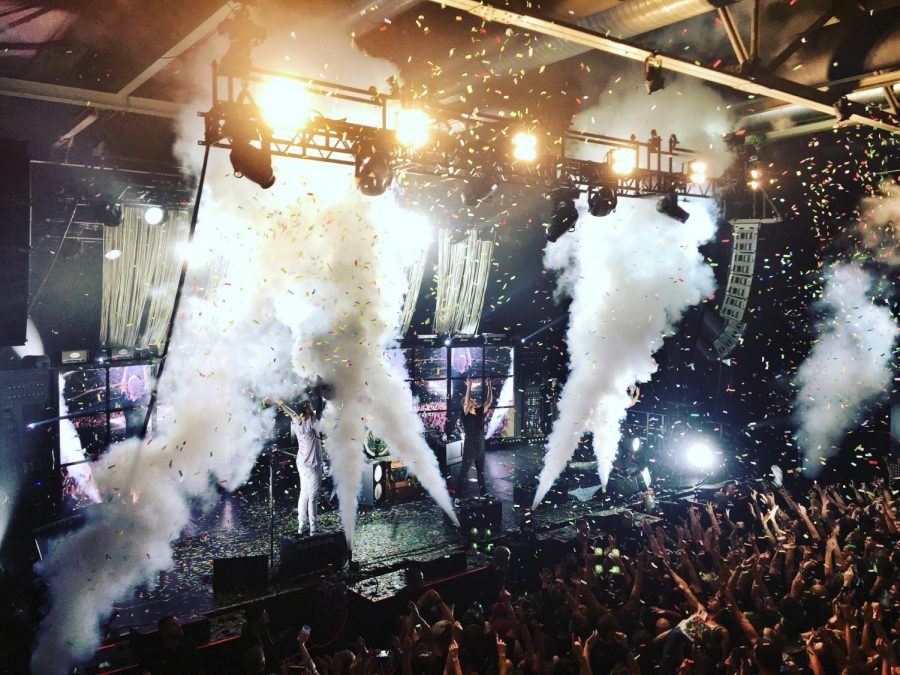 Photo by Hannes Richter on Unsplash

A Day to Remember released “You’re Welcome” on March 5, an album full of interesting lyrics and dance-worthy beats. Almost violent in nature, many of the songs on “You’re Welcome” warrant headphones and a fully stocked supply of Advil on hand. Much of the album is drowned out by the screamo-esque inclusions on the album, often distracting and startling.
MODERNIZED RETURN TO ROCK
A Day to Remember embraces the fun, edgy nature of rock music. Wild guitar solos, fantastical scenarios and a solely upbeat parade through every song. The album moves from fun commentary about toxic relationships in the song “Bloodsucker” to the whirlwind, out of control experience that is “Last Chance To Dance.” This song details the pain that comes with lack of trust in a friendship—revenge and remorse both interwoven.

These songs depict honest emotion and limit intensity, giving contrast to the rest of the album. “Viva La Mexico” is another hit that focuses on vocals and the carefree nature of their music, without the odd, ear-popping sounds that many of their other tracks include. While these songs are enjoyable and complex, the rest of the album delves into an unbearable, muddled collection of songs.
DON’T BLOW OUT YOUR SPEAKERS
To say A Day to Remember is overwhelming is an understatement. Songs such as “F.Y.M” and “Looks Like Hell” give off dark and dingy indie vibes. By the middle of each song, the band implements head-banging, intense vocals that are painful because they are not expertly rendered. While there may be an audience for this genre and style of music, the band seems disjointed in both their message and style. Listeners will constantly be torn between indie and rock genres, the songs feeling completely chaotic.
A MESSAGE TO REMEMBER
A majority of the songs on the album seem to be superficial, lacking complexity. Yet for those in search of something more, A Day To Remember does have something to offer. Later on in the album, the song “Only Money” expresses a more emotional side to the band, an unexpected twist after listening to the first half of the album. This song in particular focuses on the pain of death, what it means to get older and the ramifications of stardom.

As the album concludes, the final song “Everything We Need” redeems the confusing, profane and disjointed collection of songs. This song concludes the album and focuses on friendship, comradery and the importance of community in many forms. After talking about the pain that comes with superficiality and stardom, the band claims that friendship is “everything [they] need.”

“You’re Welcome” is certain to raise questions and be both shocking and concerning at times, yet this nostalgic, almost touching end to the album saves the band. While their lyrics may be conflicting, noisy and confusing, their call to focus on love and community despite adversity furthers a positive dialogue that is much-needed. This album, and its concluding theme, is certainly something to be thankful for.