We need to expand voting rights

The conservative push to restrict voting disenfranchises the marginalized. 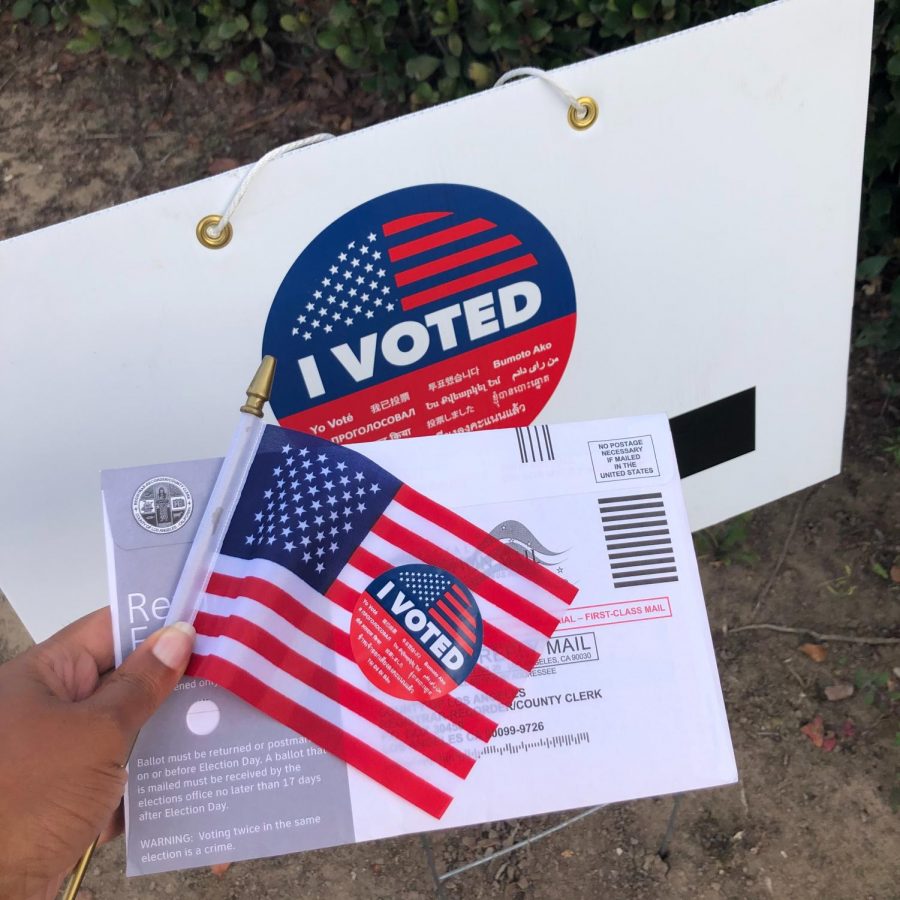 Photo by Janine Robinson on Unsplash

The 56th anniversary of Bloody Sunday, one of the most fateful moments in American civil rights history, is the first anniversary without the leadership of the late John Lewis. Led by him and Hosea Williams, a group of about 600 marchers crossed the Edmund Pettus Bridge in Selma, Alabama to find a battalion of police officers. The marchers were brutally attacked—Lewis, himself sustaining a skull fracture—all in the name of the right to vote.

This and other key historical events lead to the signing of the Voting Rights Act of 1965, which sealed the protection of voting rights for people of color, becoming a major victory for the civil rights movement. But despite groundbreaking efforts, the right to vote is still under attack in the United States today.
ATTEMPTS AT EXPANSION
Lewis fought in the face of death, even until death, for the reinstatement and strengthening of the Voting Rights Act. In 2013, the Supreme Court overturned a key tenet of the act that made it difficult for states to pass voting laws. Since then, states have been able to enact stricter voting requirements, leaving marginalized communities vulnerable to gerrymandering, voter ID laws and other forms of voter suppression.

In a new executive order, President Joe Biden has declared his administration’s support for the expansion of voting rights. However, according to NPR, “Expansive new federal protections for voting rights would only come via a new voting rights bill.” The Democrat-led House of Representatives has passed a bill that would make voter registration automatic and expand voting rights to formerly incarcerated people. Unfortunately, the bill will most likely die in the Senate.
VOTER SUPPRESSION
After major losses for the Republican party in 2020, Republican-led governments across the nation are cracking down on voting restrictions. HB 531 in Georgia would limit the number of early-voting days available for voters to cast their ballot, which directly impacts larger, more diverse urban areas. It would also complicate “weekend early voting,” which is popular among Black churches in Atlanta who traditionally participate in “Souls to the Polls” Sunday voting events.

In Arizona, Republicans are pushing to make the act of collecting and casting ballots of non-family members a felony. But for the people who live in the rural and fairly impoverished Navajo Nation, that is a direct attack on their primary voting method.

“Some people have to travel an hour or two to get to a mailbox, and so voting requires the active assistance of friends and neighbors,” former Democratic National Committee Chair Tom Perez said to NPR.

Both Georgia and Arizona flipped “blue” in the 2020 election. Now, Republican-led state legislators are proposing dozens of new laws about voting after record-breaking numbers of people of color turned out to vote. These are explicit attempts at voter suppression. Former President Donald Trump’s false claims about widespread voter fraud have fueled undue amounts of fear about the security of our elections, which has prompted these assaults on the right to vote.

The equation is simple because the demographics in the United States are shifting to become more racially and ethnically diverse, and younger in age, with more people voting “blue.” And if you can manage to restrict the “bluest” places from voting, you have a higher chance of “red” winning. But seeing as the vast majority of Black Americans vote “blue,” and it was majority Black cities like Atlanta that gave Biden the edge over Donald Trump—this voter suppression is inextricably tied to race.
A RIGHT, NOT A PRIVILEGE
In honor of those who gave their lives and well-being for the right to vote, we should champion the cause. No matter your party affiliation, all American citizens should have the right to vote. Voting should not be a complicated or difficult process, and it should not be something that is taken away from you as punishment for a crime.

We need legislation that will protect this right—from any party or system that may try to disenfranchise voters.