Tennis triumphs over the Mavericks

Both the men and women secured victories over Colorado Mesa University. 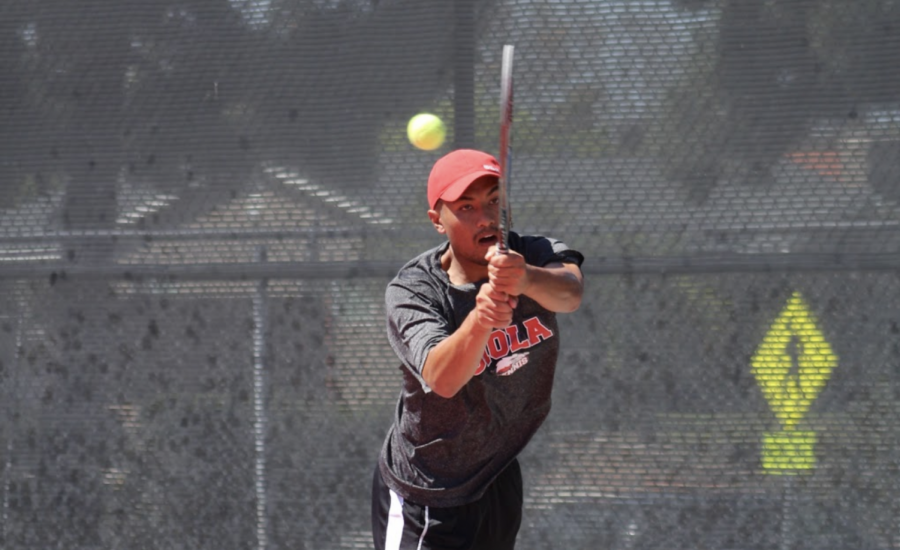 It was an eventful Saturday for Biola’s tennis programs. Both the men and women dominated in their matches against the Colorado Mesa University Mavericks, 7-0. The men were able to comeback from a devastating loss last week and the women are currently rolling with a four-win streak.
COMEBACK ON THE COURT
The men used their loss Friday to fuel the competition in Saturday’s matchup against the Mavericks. Partners senior Erik Martinez and sophomore Antonio Rosales Varona started off the afternoon gaining the first point and winning their match, 6-1. Freshman Isaac Cordova and sophomore Alex Sedeno followed close behind and won their match 6-3. The men continued to annihilate the Mavericks, winning every singles match. Sophomore Alexei Prokopchuk got the No. 1 spot of the night for the victory in his singles match.
DOMINATING THE DOUBLES
Biola women’s tennis was close to pulling a clean sweep, the Eagles were victorious in eight of nine matches and won the match overall, 7-0. Biola swept the Mavericks, dominating their doubles matches, earning the first point of the matchup. Freshmen Lilly McNeill and Brooke Fager were phenomenal as a duo, improving their record to 7-1 with four-straight wins.

The women kept that spark going and used it as motivation to win five of six singles. Freshman Colbyshae Emery secured her fifth singles win of the year. Sophomore Mary Brascia followed for the Eagles third point of the day, as well as securing her sixth-straight singles victory.