The Eagles become the 2021 Pod Champions after another victory over Point Loma Nazarene University. 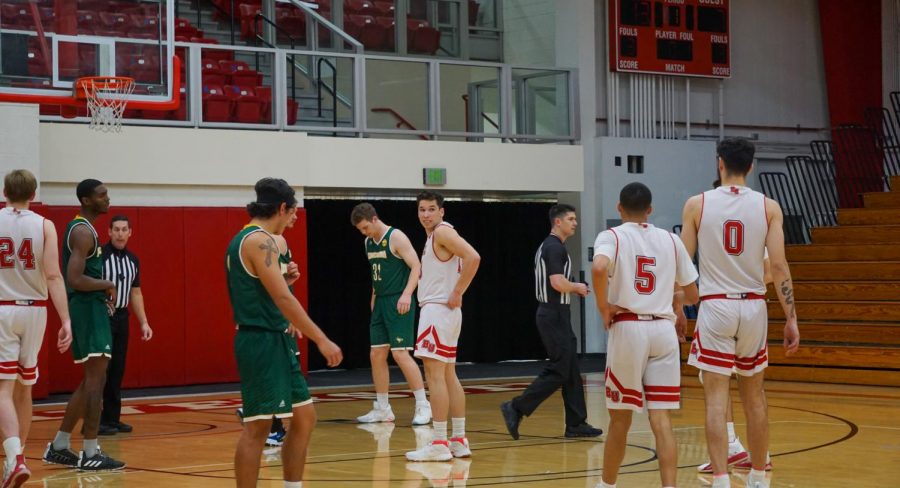 The Eagles returned to Irvine, Calif. where they went head-to-head with the Point Loma Nazarene University Sea Lions in a makeup game from earlier in the season. Coming off of a historic win against Concordia University Irvine last Saturday, Biola was on a mission to end the season on the best note possible. The Eagles ended up defeating PLNU in a 79-74 nail-biter, earning them the title of the PacWest Pod Champions.
ENDING WITH FASHION
Senior guard Chris Rossow led the Eagles with 24 points and perfection from the free-throw line, shooting 5-5. Junior guard Alex Wright followed suit with a solid overall stat sheet, putting up 17 points, eight rebounds and eight assists on the night. Senior forward Jesse Elrod and senior guard Michael Bagatorian each contributed to the Eagles’ offense with 12 and nine points.

Biola had control of the game throughout the majority of the minutes, but it was still too close for comfort. Thanks to a 48% field goal percentage from the Eagles, they were able to take a 10-point lead going into the half.

The Sea Lions shot ice cold from the 3-point arc in the first half, going 2-18, a scary 11% success rate. However, the switch was flipped and Biola shot poorly in the beginning minutes of the second half. While Point Loma did pick up the pace around the 13-minute mark and went on a 11-2 run to make it a three-point game, the damage was too far gone and they were not able to continue to capitalize on any offensive gains made after the stretch. The Eagles stayed composed in the final minutes to secure the victory and be named the 2021 PacWest Conference Southern California Pod Champions.