Biola adds another victory to start off the PacWest season. 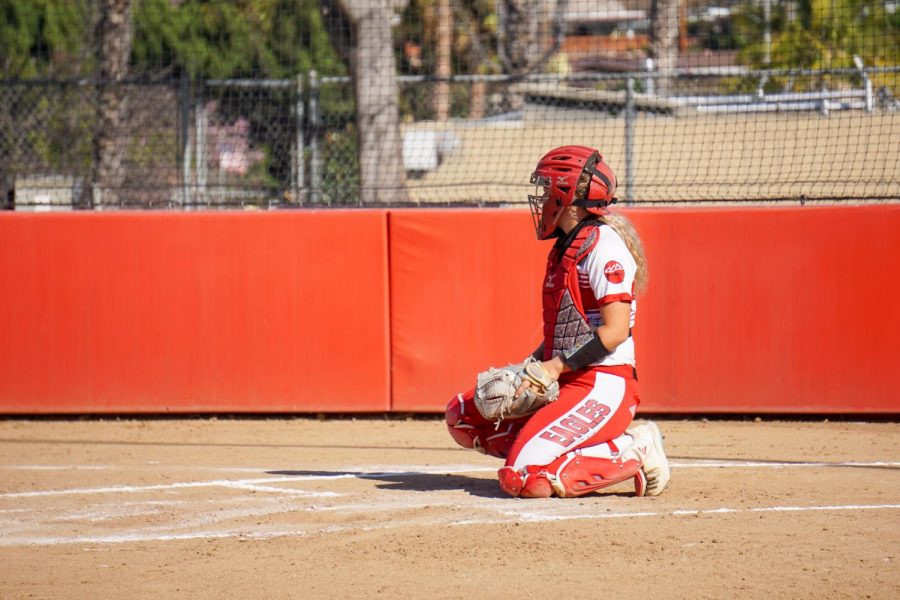 Biola softball played their second doubleheader of the season at home in La Mirada, Calif. against the Azusa Pacific University Cougars on Saturday afternoon. The teams competed in their first game in the PacWest Season at 12 p.m. and their second game at 2 p.m.

The Eagles unfortunately lost their first game.The first two innings went without a lot of action. Junior pitcher Paige Austin was consistent, continuing the heat from Friday’s game striking out three through the first six outs of the outing. Senior catcher Kayla Neff dominated behind the plate. Neff caught two APU runners stealing, finishing the third and fourth innings with outstanding defensive plays. These efforts were not enough as the Eagles were defeated their first game, 0-5.
SECOND GAME SUCCESS
The second game for Biola was uneventful but did result in a win due to a throwing error. The first and only point was made by the Eagles in the first inning. Freshman catcher Brie Nowak hit to right field, sending Neff to second, freshman outfielder Allie Beck to third and bringing sophomore outfielder Jennifer Morinishi to score for the Eagles. This ultimately led to victory against the Cougars, 1-0.

The Eagles’ women (2-2) will go up against Concordia University Irvine in a doubleheader away at the Eagles Field. The game is on March 11 at 3 p.m. Livestreaming is available on the Biola Athletics website.