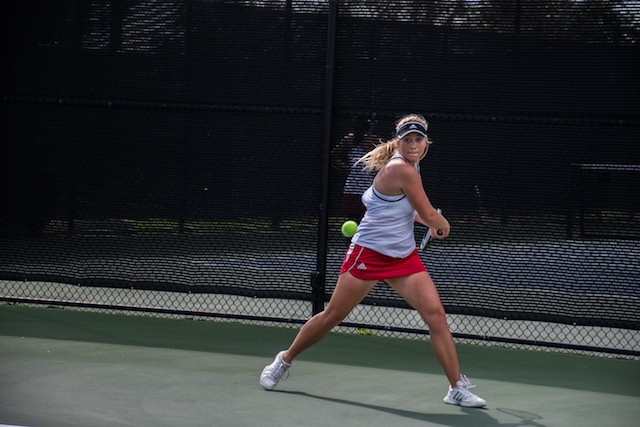 Women’s golf is staying consistent as the Eagles placed second overall in the Tim Tierney Pioneer Shootout in Alameda, Calif. at Corcia Park Golf Course on March 1-2. This tournament was hosted by the Dominican University of California Penguins. Biola competed for two days along with seven schools and were able to finish in second the first day. By the end of day two they were second place overall as a school.

The Eagles struggled going into day one and tied for second place only being 4 strokes behind the leading Penguins. On day one junior Sami Penor sat in second place finishing off day one shooting even on the par 72 course. Senior Rachel Reynolds joined Penor in the Top 5 with a fourth place finishing day one at 75.
SECOND DAY SALVATION
Even though Biola was tied for second place finishing day one, they were able to pull ahead come day two. Penor was the top Eagles finisher in this week’s tournament finishing with a score of 148 over the two days and she secured a spot in third place. Just like day one Reynolds secured her fourth spot place, finishing the tournament with a 155. The Eagles’ finishing score was at 314, just 26-over par wrapping up day two. The Eagles were able to secure second place, just nine shots behind the Penguins and first place for the tournament.