Biola swim team adds another victory to their season

Women’s swim is on a five-meet winning streak, but the men face another loss versus California Polytechnic State University. 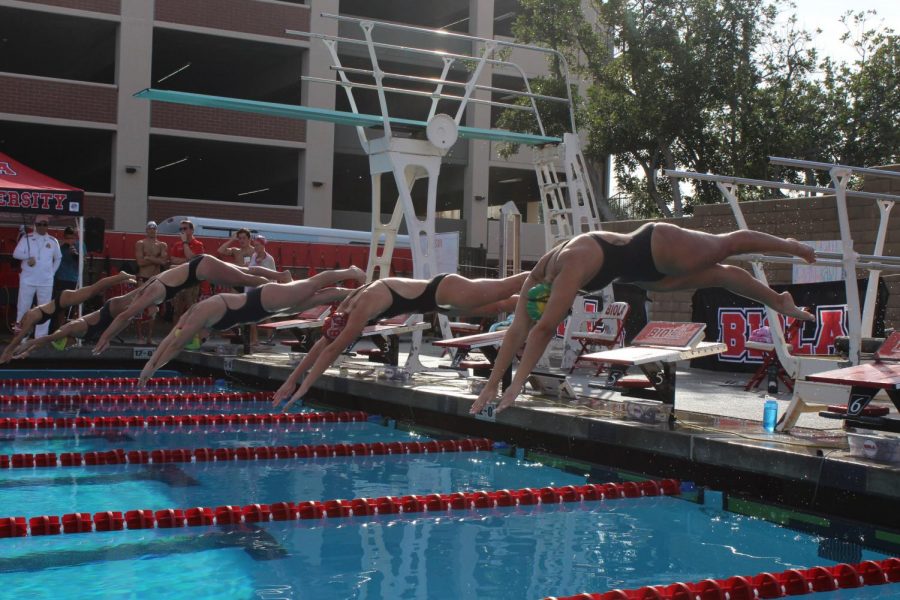 Biola’s men and women’s swim teams headed to California Polytechnic State University in San Luis Obispo, Calif. on Feb. 27. They competed against the Mustangs in a 34-event meet for the Pacific Collegiate Swim Conference. The women were able to dominate and secure another victory, 151-144. Unfortunately, the men fell short in today’s meet resulting in a final score of 100-193.
UNSUCCESSFUL STROKES
There was a silver lining despite the men losing their meet overall. Four individuals placed first in their events. Sophomore Patrick Waggoner broke another school record in the 400 IM with a finishing time of 4:07.59. Sophomore Tanner Smith finished the 200-yard freestyle at 1:40.81. Sophomore Jonas Huckabay, freshman Jake Michelsen, Waggoner and Smith had a finishing time of 3:06.70 and won the 400-yard freestyle relay.
PROSPERING IN THE POOL
The women were extremely successful in today’s meet and had some exceptional standouts. The Eagles were able to win nine events and the meet overall, 151-144. Another school record was broken in today’s meet by freshman Grace Kling in the 200-yard backstroke finishing at 2:15.75 and placing her Top 5 in the nation. Kling was also No. 1 in the 100-yard breaststroke with a finishing time of 1:03.73.

The Eagles’ women (5-0) and men (2-2) will go up against Pepperdine University in Malibu, Calif. at the Raleigh Runnels Memorial Pool on Saturday March 13.