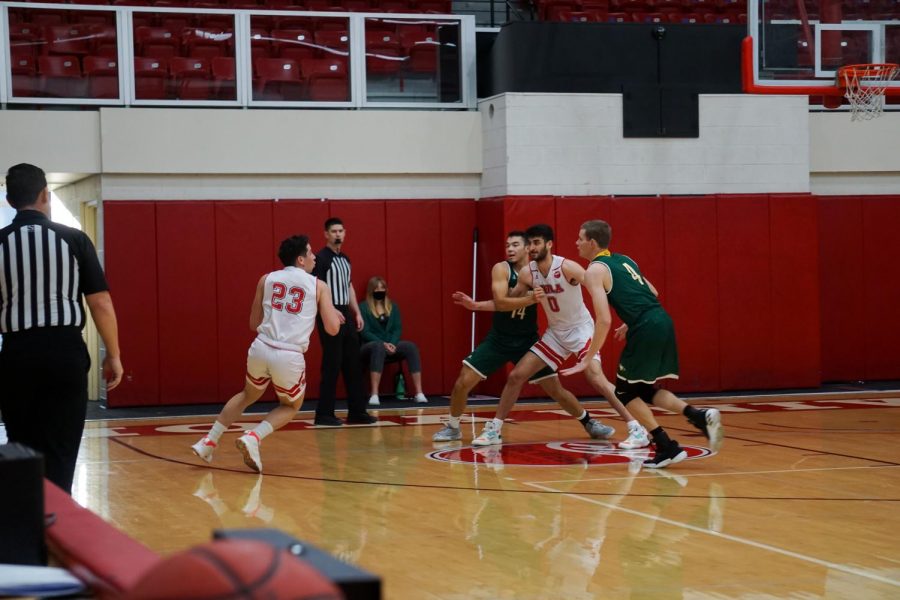 Men’s basketball traveled to Irvine, Calif. on Saturday evening for their fourth and final matchup against Concordia University Irvine. The Eagles went into the game knowing that head coach Dave Holmquist needed one more win to achieve a historic milestone of winning 1,000 games, and the team did not disappoint. Biola blew CUI away with a 73-51 victory and Homlquist’s 1,000th win.

As for the men, the Eagles were led by junior guard Alex Wright who scored 20 points on 8-13 shooting and secured seven rebounds on the night. Senior guard Michael Bagatourian totalled 12 points and seven rebounds, while senior guard Chris Rossow contributed 16 points and freshman forward Maximo Milovich put up 11.

Letting the past pave the way, the Eagles continued their dominating energy over Concordia right out of the gate. By the half, the Eagles were up 41-25, but it still was not time to celebrate. CUI came back in the second half with a little more fire, but it was not enough to push past the strong playing of Biola. With 26 points found in the paint and 16 points off of turnovers, the game was always in the claws of the Eagles, winning 73-51.

The Eagles (8-3) will head back to Irvine, Calif. on March 6 at 7 p.m. to meet up with Point Loma Nazarene University. Livestreaming of the game can be found on the Biola Athletics web page.