The Eagles lose their ninth game in the PacWest Conference, 64-72. 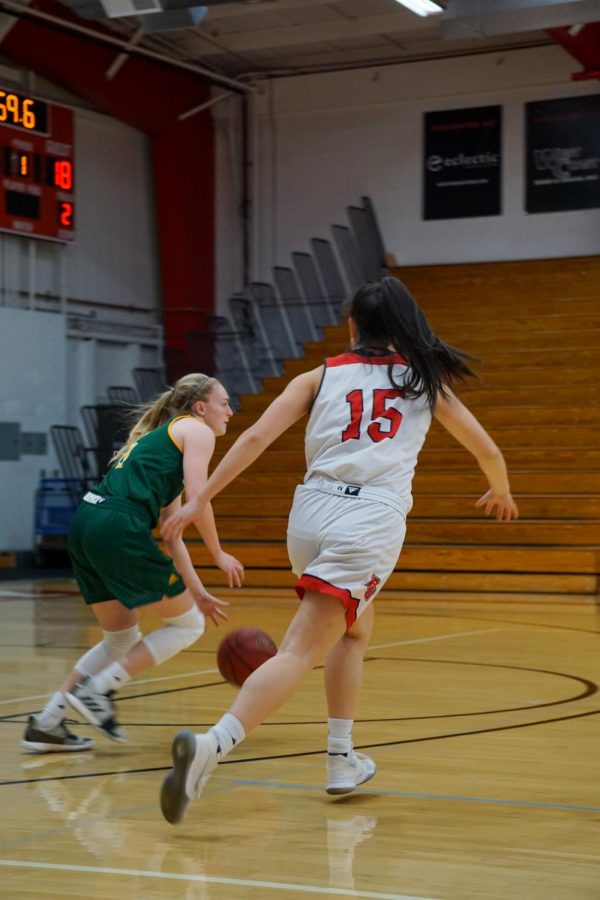 Women’s basketball played their second to last game Friday night at home. Unfortunately, Biola was unable to add a win to their record and stand at fourth place in the Southern California pod. The Eagles were defeated once again by the Concordia University Golden Eagles, 64-72.

Although the Eagles failed to grasp a victory, they hustled hard until the very end. At the top of the stat sheet for Friday’s game was sophomore guard Stephanie Lee with a total of 13 points, five rebounds and three steals. Following right behind was sophomore forward Madi Chang with 13 points and six rebounds. Junior guard Aysia Johnson added to the stats with five points and six rebounds and junior guard Danita Estorga finished the game with 16 points.
OVERTIME OPPORTUNITY
Biola was able to make a total of 12 second chance points and gained 27 points from the bench. The Eagles started the afternoon in the lead, and in the first quarter they became tied with six minutes left on the clock. Throughout the night the teams tied a total of six times. The Eagles fought hard in the back and forth game, and with great efforts Biola was able to decrease the deficit and be down by three points at the half, 30-27.

The Eagles were hopeful going into the second half, and by the fourth quarter Biola began decreasing the point gap. At the last second Johnson was able to tie the score at 61 points and take the Eagles into overtime. With three minutes left in the game it looked promising, it was not enough as Biola lost to the Golden Eagles 64-72.

The Eagles (3-9) will go against the Golden Eagles again at the CU Arena on Saturday, Feb. 27. The livestream game footage is available on Biola Athletics’ webpage.