The Eagles could not rise above the Sea Lions as they take another loss, 1-4. 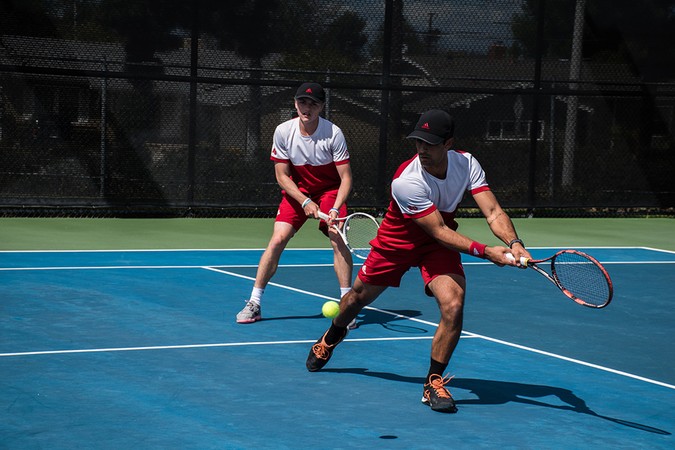 Men’s tennis ventured to San Diego, Calif. on Saturday afternoon to compete against Point Loma Nazarene University. The Sea Lions held their own at home, crushing Biola in a final score of 4-1.
EAGLES ELIMINATED
Both of the doubles matches swung in favor of the Sea Lions. Sophomores Alexei Prokopchuk and Sebastian Herrera fell 3-6 while freshman Isaac Cordova and sophomore Alex Sedeno fell 4-6. Match No. 3 with sophomore Antonio R. Varona and senior Erik Martinez was tied at 4-4 in the first round but ended up unfinished during the second round.

Cordova gathered the Eagles’ one and only point in his No. 4 singles match that went three rounds, ending 6-4. Sophomore Andres Meneses, Prokopchuk and Varona all walked away in defeat while Sedeno and Herrera left their individual matches unfinished.

The Eagles (1-2) will return to the courts on Saturday, Feb. 27 at 3 p.m. in Thousand Oaks, Calif. to take on California Lutheran University.