The Eagles fall to the Sea Lions in the PacWest Conference, 66-80. 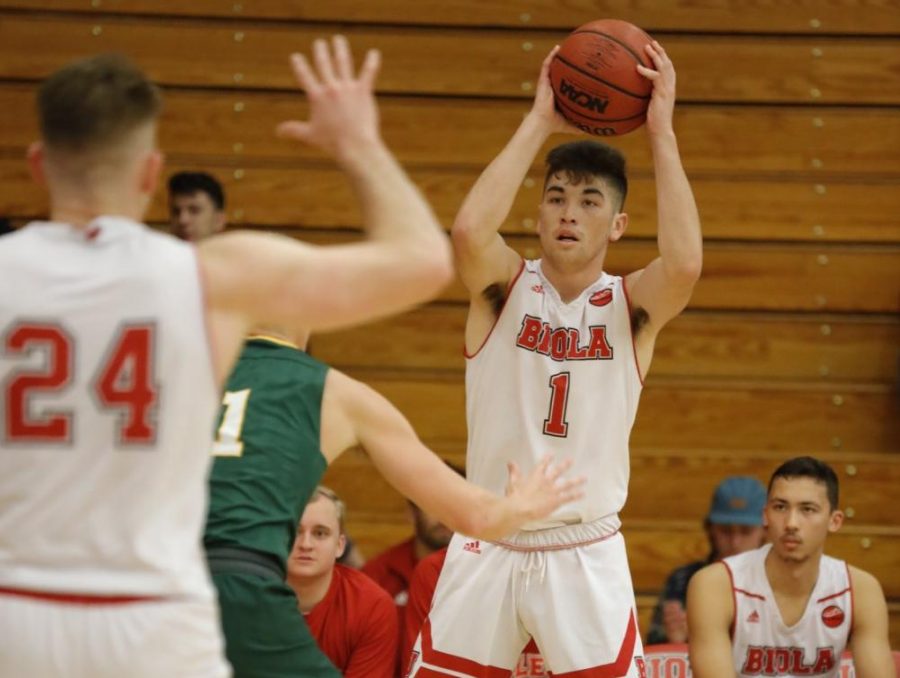 Men’s basketball ended their five-win streak as they were defeated in their game against the Point Loma Nazarene University Sea Lions Saturday night. The Eagles tried to keep their momentum going from the last two weeks but fell short, 66-80.

Regardless of the defeat the Eagles still hustled. Senior guard Michael Bagatourian was at the top of the stat sheet with 16 points and seven rebounds. Junior guard Alex Wright followed with a total of 13 points and eight rebounds. Senior forward Jesse Elrod contributed to the game as well, finishing with a total of 10 points.
COURT CATASTROPHE
The Eagles were off to a slow start going into the first half, within the first seven minutes Biola was already down 10 points. With only seven minutes left in the first half the Sea Lions already had a 15-lead advantage. The Eagles were unable to catch up and were left down after the first half, 24-48.

The Eagles went into the second half trying to decrease the deficit. The Sea Lions came in leaving the Eagles playing catch up. The Sea Lions scored 19 points from turnovers while Biola only made two. Biola was able to add to their score but their efforts were not enough as they fell to PLNU, 66-80.

The Eagles (6-3) will return home to Chase Gymnasium Friday, Feb. 26 starting at 4:30 p.m. The livestream game footage is available on Biola Athletics’ webpage.