CMA returns to campus for Phase 2

The return to campus presents challenges Biola professors are at the forefront of solving. 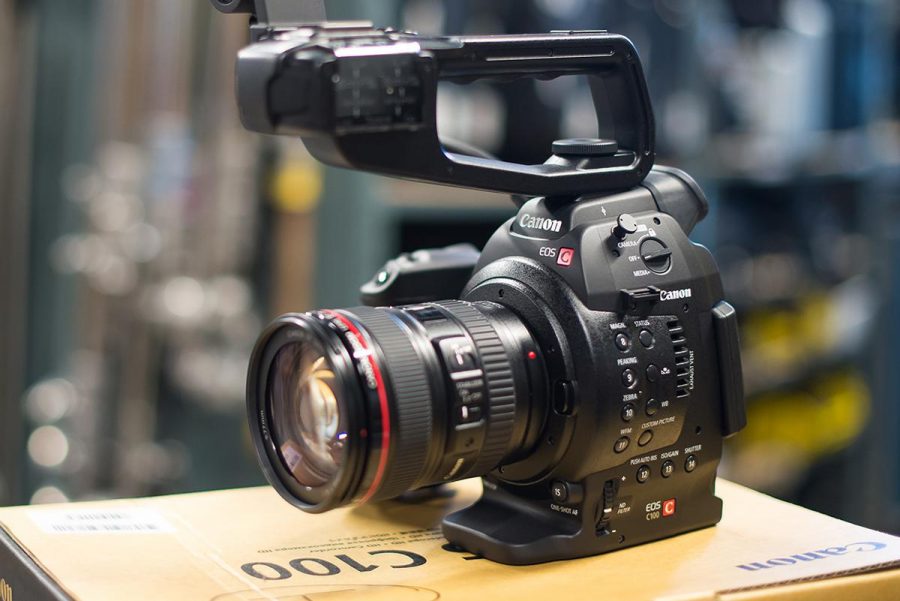 This week, the wave of students approved for Phase 2 in the School of Cinema and Media Arts department filed into classrooms for the first time since last March. They were 6 feet apart and masked, with wet hands from the gallons of hand sanitizer stationed at the entrance of classrooms. Not only have the locations and circumstances of classes for CMA students changed, but also the teaching experience. Here is a look at the first week from the perspective of those who are arguably affected by the pandemic the most: professors.
SOCIAL BURNOUT
Associate professor of cinema and media arts John Schmidt commented on the exhaustion that came from being back in person and the energy exerted in transition.

“I went home absolutely exhausted. Last spring, transitioning to Zoom was challenging and exhausting, that was nothing compared to what I felt yesterday,” Schmidt said. “I felt like Matt Damon in ‘The Martian.’”

Back in March, when the campus was evacuated, students and teachers alike were complaining about Zoom fatigue. But now, it seems that being in person presents problems as well. Not only does readjusting to the social aspect create fatigue, the requirements of keeping everyone safe in class can complicate learning.

Schmidt noted that the masks professors and students need to wear often muffle words and prevent lip reading, hindering communication. He also usually places students in small groups to film on a single camera, but now every student works on their own, which means Schmidt needs more cameras to teach his class. Working with the limited space in the Production Center has also forced some CMA classes into the business building and the Alton and Lydia Lim Center for Science, Technology and Health building so that students can maintain a distance of 6 feet. In class, the filming process is hindered by the need for space.

“How do you have actors on set if they’re not going to be masked?” Schmidt said, “How do you keep them 6 feet apart when many times the scene doesn’t call for it? How can somebody operate a camera when they have an assistant camera operator who pulls focus and adjusts the lens and does the things that a first assistant does right next to each other? Films happen in close quarters.”

And professor Schmidt is right. Making films and teaching film during the era of COVID-19 safety is testing to even the most patient. Professor of cinema and media arts Dean Yamada noted the same, but with a twist, noting the difference in student engagement.

“It might be difficult for students to be engaged if they see a blank face with a mask on,” Yamada said.
HOPE AND HELP: THE UPSIDES TO BEING ON CAMPUS
Yamada also found it was not impossible to teach in person. The biggest problem last semester was giving students access to cameras, though Yamada remarked that they try to teach students that storytelling matters more than what camera they shoot with. However, he also said that it does “help fuel people’s creativity and motivation” when they have a nicer camera in their hands.

Schmidt said that overall, he actually found that the difficulties presented by the social distancing guidelines gave the students a chance to problem-solve in a way that would help them in future career opportunities. There is no guarantee to the end of restrictions preventing the spread of COVID-19.

According to professor of cinema and media arts Michael Gonzales, not only do CMA students need to be on campus for hands-on learning, but he also noted in an email that “Biola has become a model of how to teach hyflex courses.”

In a more positive light, two-thirds of Yamada’s students returned and all but one of Schmidt’s students returned this week. “They crave and deserve hands-on experiences,” Schmidt said. “We’re very thankful to our dean, Tom Halleen, and Dr. [Barry] Corey who have fought hard to get our students back on campus.”