Women’s basketball wins in a close-call over PLNU

The Eagles defeated the No. 20 seed Sea Lions in a three-point overtime victory. 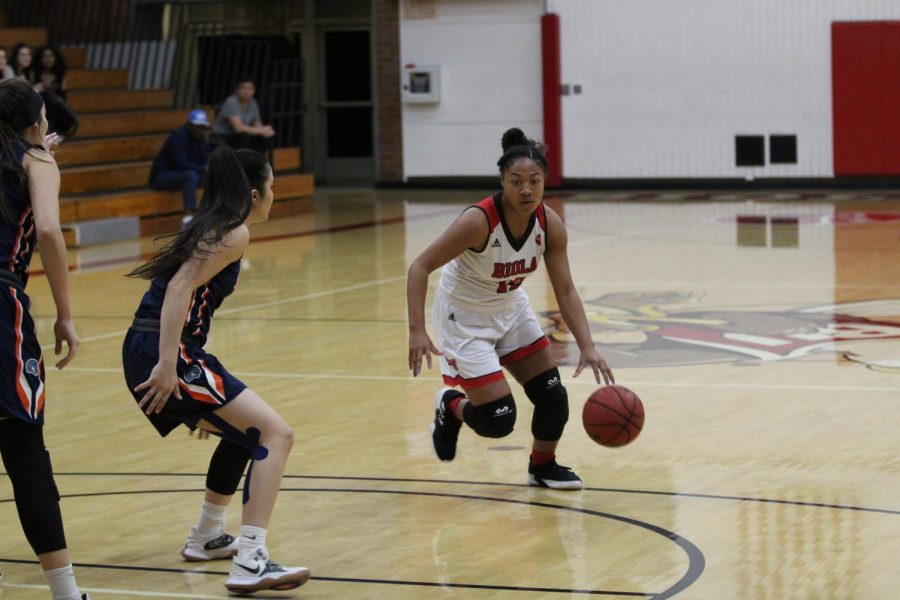 Women’s basketball improves to 3-8 after their homecourt nail-biter victory over Point Loma Nazarene University this afternoon. The Eagles took down the competitive Sea Lions in overtime with a final score of 96-93.

Sophomore guard Stephanie Lee shot 29 points, 15 of which came from behind the arc on 5-9 shooting from three. Lee also secured seven rebounds and coined 12-14 points from the free-throw line. Lee’s supporting case involved junior guard Aysia Johnson, who earned 16 points, seven assists and five rebounds. Sophomore forward Madi Chang contributed 12 points and seven rebounds to aid in the win. Both senior forward Jazz Benn and freshman guard Laila Walker tallied 10 points each; Walker throwing six assists on the night as well.
A TEAM EFFORT
The Eagles came out ready to put up a fight. There were 11 lead changes and six tied scores throughout the game. Quarters one and two were a back and forth battle, only putting Biola up two at the half. As usual, the Eagles continued their strong performance into the third, but let the lead slip in the fourth where they were outscored, 32-23, forcing overtime. Being so close to victory, Biola gave it their all and pulled through at the very end, topping the Sea Lions 17-14 at the buzzer of overtime.

Despite the Sea Lions racking 56 bench points, 29 fast break points and 48 points in the paint, the Eagles won the game with more consistent shooting from the line. Biola shot 73.8% from the free-throw line. Free points like these win tight games for underdogs, and that is just what happened at today’s game.

The Eagles (3-8) will flip gyms and travel back to San Diego, Calif. with the Sea Lions in another matchup tomorrow afternoon at 2 p.m. Live streaming of the game can be found on Biola Athletics’ page.