My testimony to the Spirit’s work through the Student Congress on Racial Reconciliation. 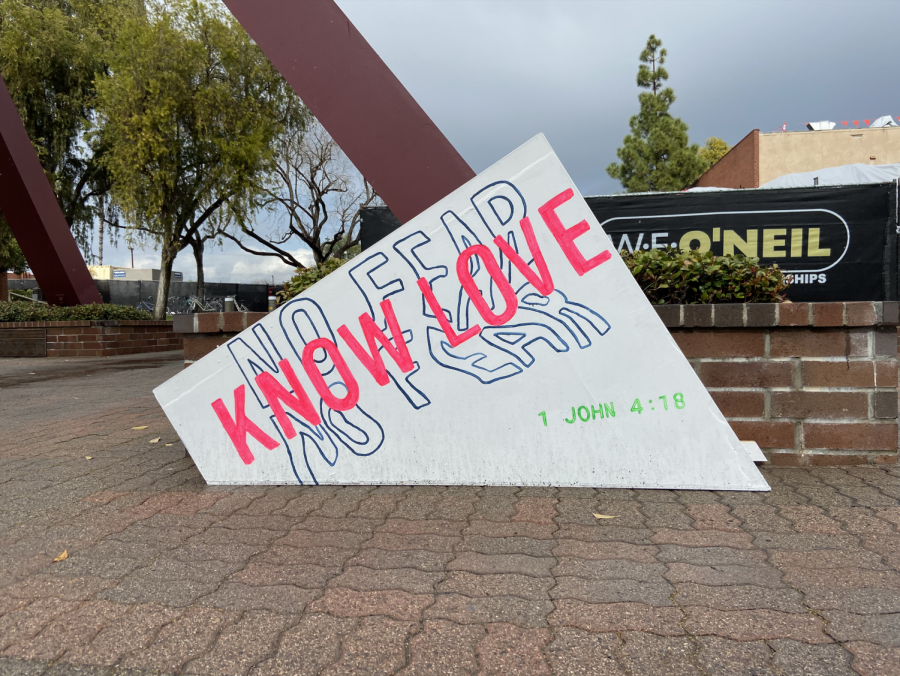 “You will be a part of a small racial minority on campus—but we do have SCORR conference!”

When I expressed concern about the lack of diversity at Biola during my application process, admissions counselors tried to reassure me that Biola was making efforts to be more intentionally diverse. I had doubts, but I still showed up on move-in day.
AT LEAST THERE WAS SCORR
I quickly got involved with Student Enrichment and Intercultural Development when I arrived, and I became a Leaders Engaging and Advancing Diversity scholar. Then, I signed up to be the secretary of the Black Student Association. Hence, all the circles I ran in were familiar with issues of race, diversity and justice, and we promoted the upcoming SCORR conference like our lives depended on it.

And honestly, after the Horton Hall incident and the xenophobic, anonymous Instagram post, we almost felt like our lives—or at the very least, our mental and emotional well-being—depended on it. We were confused and hurt, but “at least we had SCORR.”
SCORR 2020
But my world changed when I got the opportunity to do event coverage for the Chimes for the conference’s opening night performance. A woman named Ruth Naomi Floyd and her jazz ensemble performed the “Frederick Douglass Jazz Works,” a multifaceted display of gut-wrenching dance, chilling vocals and Douglass’ brilliant words. The work moved me to tears. It was the perfect way to kick off my writing career, and SCORR gave me the opportunity to hone my craft while still embracing my deepest passions.

The first breakout session I attended was titled, “Majority World Theologies: Theologizing from Africa, Asia, Latin America, and the Ends of the Earth,” taught by associate professor of intercultural studies Allen Yeh. As students—most of whom I did not recognize—packed into the small classroom in Talbot East, my friend and I were forced to sit on the floor for part of the session. I furiously typed notes, soaking in every word. For one of the first times since I arrived at Biola, I felt a deep sense of affirmation in my spirit. Thus began my search for God in a new way: through the lenses of the oppressed, colonized and enslaved. I knew I had a future in this work.
ALL AS ONE
One major highlight of SCORR is seeing students come from all over the nation to participate in the conference. Last year, we had a poetry slam—and then we danced. The conference coordinators organized it. For hours, we blasted salsa, bachata, hip-hop and pop music, dancing together as strangers but as family. We laughed, moving from circles to a soul train, and did the “cha-cha slide.”
SCORR 2021
This year, the conference was forced to take on an entirely new medium: Zoom. Just like everything else since the pandemic started, content needs to be translated into an online format and inevitably loses some of its richness and flavor. But at a breakout session that I attended on Thursday, that was not the case.

“Unidos en la lucha: My Journey with Past and Present Hispanic Authors and Theologians” was taught by Octavio Esqueda, who was Biola’s first Mexican-born professor at the Talbot School of Theology. He shared candidly about his experiences with Anglo-Saxon—or white—theology and then carefully explained Hispanic theology.

“Justicia,” “familia,” “misión integral” and “theology from the margins” were just a few of the terms he used to describe key tenets of Hispanic theology. For me, it was heaven. Especially knowing that one day, heaven will be just like that: holistic, family-centered and a place where the marginalized will receive full justice.

I was one of the only people in the session with my camera on, so Esqueda saw and pointed out my engagement with the subject. My throat was tight with emotion as I thanked him for sharing and expressed how refreshing it was to hear him speak. I had barely left the Zoom call before the tears spilled over. I cried, thanking God for the beauty of his Church, for how good God is, for people who see God differently but are too often ignored and discounted.

The Holy Spirit has used this conference, now twice, to awaken passion for God within me. And I know I am not alone. SCORR is one of the few times out of the year where many students of color get to hear people who look like us talk about the things that matter to us. The space it occupies is holy ground. God is moving on Biola’s campus, working to unify us amidst our differences. And, if we let him, God will continue to move.

We need only make room.