The minimum wage debate is complicated

There are benefits and drawbacks to raising the minimum wage. 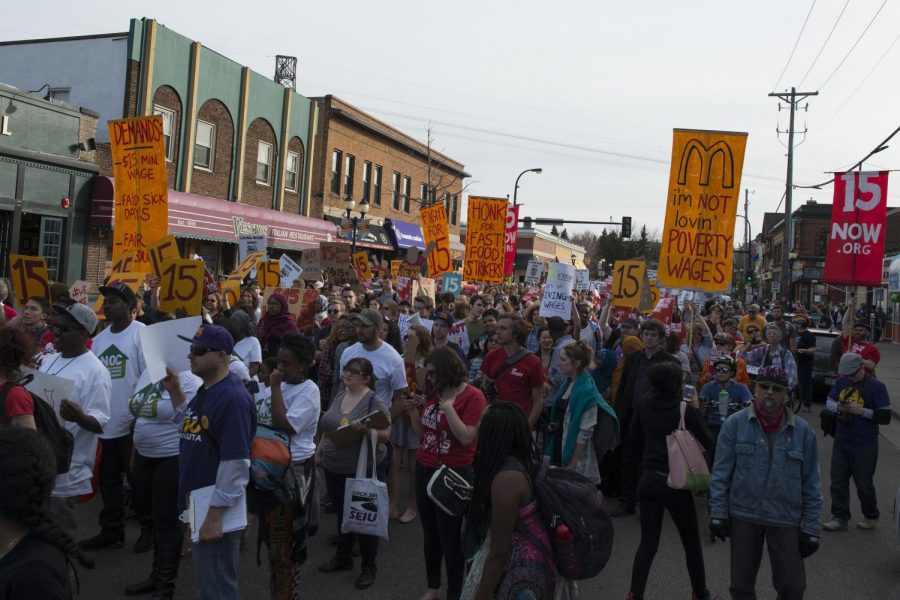 Debates surrounding the idea of raising the minimum wage have recently come to the forefront of the political scene with the election of President Joe Biden, who has promised to raise the federal minimum wage to $15 an hour. House Democrats, though somewhat divided on the matter, are including the raise in their coronavirus relief bill that they hope to pass in the Senate before unemployment benefits expire in March. Meanwhile, Republican sen. Mitt Romney of Utah and Tom Cotton of Arkansas are proposing a new bill that would raise the minimum wage more gradually and put restrictions on illegal immigrants.

Everyone has an idea of how it should be done, as there are immense gains to be made—and inevitable weaknesses—in raising the minimum wage in the United States.
IT WOULD LIFT COUNTLESS PEOPLE OUT OF POVERTY
The largest benefit of raising the minimum wage is that it will increase the paychecks of millions of Americans. Simply putting more money into the hands of the people could save lives, as many could finally afford to feed, clothe and educate their families. This would also mean that more families would be able to get off of government assistance programs, which would be better for the economy overall. Raising the minimum wage would remedy the racial wealth gap, as the majority of those who make up low-wage workers are people of color.

The COVID-19 pandemic has shown the world how much we rely on essential workers like the people who stock shelves at the grocery store, deliver our packages and clean our buildings—and these workers have rightfully been verbally praised. However, now is the time for America to put its money where its mouth is and pay the people we deem “essential” what they are worth.

According to the Brookings Institution, 47% of the essential workforce is considered a “low-wage” worker. In the case of many essential workers, talk is cheap.
THE COST OF INCREASING MINIMUM WAGE
Unfortunately, raising the minimum wage is not as simple as increasing the essential worker’s paycheck. This paycheck has to come from somewhere, and it cannot always be from the government’s wallet. Almost half of minimum wage jobs come from small businesses, who cannot support an increase to the minimum wage. The Congressional Budget Office estimates that 1.3 million workers would become jobless after an increase to $15 an hour.

Not only will this drastic increase in minimum wage eliminate current jobs, it will continue to widen the gap between the employed and the unemployed during an economic downturn. David Neumark from the University of California, Irvine points out that an increase in minimum wage will prevent businesses from hiring workers under the age of 25, who make up two-fifths of those making minimum wage. Young adults will not have the chance to enter the job force or gain experience if they are being passed over for a worker worth $15 an hour.

A study by Xavier Javrel from the London School of Economics shows that low-income families experience inflation at an annual rate of .44% points higher than families with higher income. This can be attributed to the reality that the prices of products purchased by lower-income families increase faster than those purchased by high-income ones.

Raising the minimum wage would benefit many people, but there are unmistakable drawbacks. All of these factors, along with regional nuances, should be considered when a decision is made. Not everyone will be impacted the same way. But most can agree: the system we have now is not working for most Americans, so something needs to change.