The Eagles compete at intercollegiate meet hosted by Westmont College. 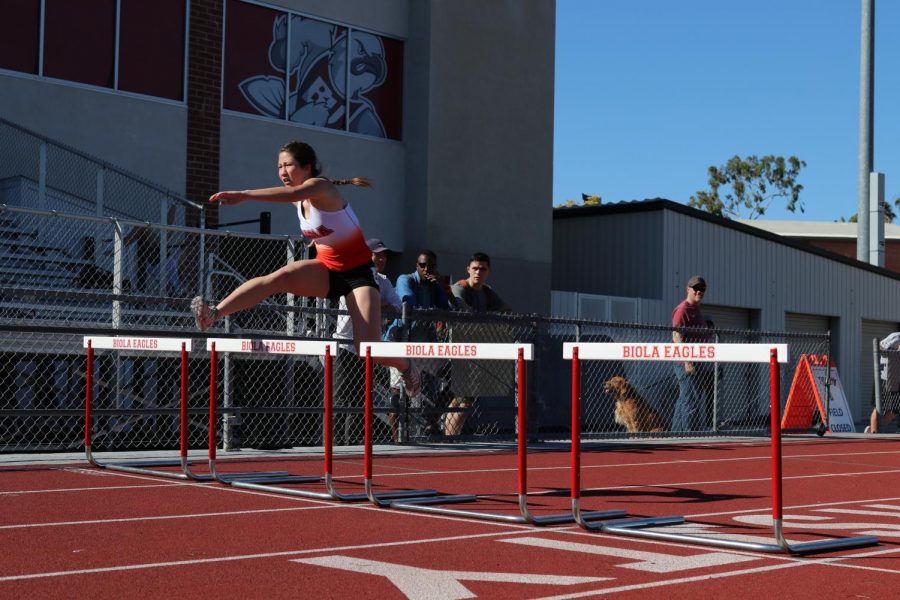 The men and women’s teams returned to the track in Santa Barbara, Calif. Friday and Saturday afternoon hosted by Westmont College. The Sunshine Open is an intercollegiate meet that had over 20 track and field events.

This was track teams first meet in almost a year. They dipped their toes for the first in a long time, and the Eagles did not disappoint, gaining victories in eight events total.
WHIMSICAL WOMEN
The Eagles women were able to win two events, the first being the 600-meter run. Graduate student Emily Alvarez was at the top with a finishing time of 1:34.73, beating competitors from Fresno Pacific University, Westmont, Warner Pacific University, and William Jessup University.

The second win came from the women’s Indoor Pentathlon. This was a five-part event, and junior Rebeka Preston won four of the five events finishing with a total of 3,375 points. Preston finished the 60-meter hurdles at 9.19 seconds and her high jump was 1.63 meters. She also secured her victory in the women’s shot put with a distance of 9.53 meters and the 800-meter run with a finishing time of 2:31.31.
DOMINATING MEN
The men were able to secure three victories in three separate events. Junior Mathias Davis was at the top for the 600-meter run, with a finishing time of 1:24.09. The Eagles also secured a victory in the men’s high jump event. Sophomore Justin Conklin won first place jumping at the height of 1.94 meters.

The third victory for the men was from the Biola ‘A’ team in the 4×400 meter relay. Davis, graduate student Jahquez Durham, sophomore Trevor Hormel and sophomore Nathan Vallejo with a finishing time of 3:24.88.

The Eagles will compete in the Battle for LA meet at Azusa Pacific University’s Cougar Athletic Stadium on Saturday, March 13.