The Eagles defeated rivals APU, bringing them to a 3-1 overall record against the Cougars this season. 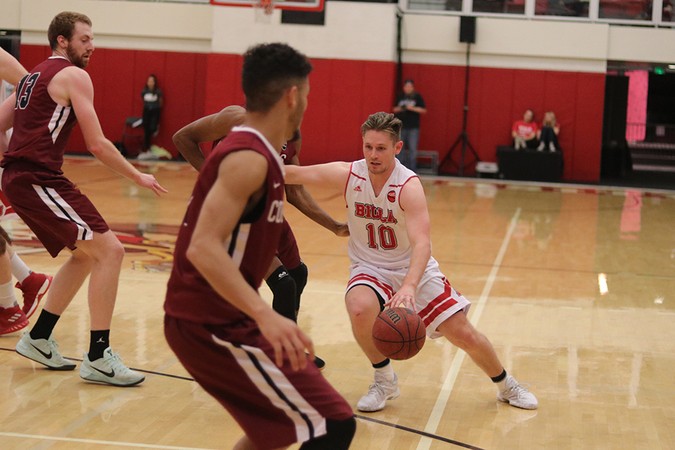 Men’s basketball defended home court in this evening’s matchup against the Azusa Pacific University Cougars. Coming off back-to-back games against APU, the Eagles secured both victories, winning tonight in a close game, 70-67.

As most rivalries are, it was a hard-fought game. Biola went into the half only up by five points, which is not a comfortable lead given the talent of the Cougars. However, they were able to hold off APU in the final minutes, securing the three-point victory.

There were seven ties and five lead changes. But, the Eagles won the game with their solid offense down low, scoring 40 points in the paint as opposed to the Cougars’ 24 points total.

The Eagles (5-2) will venture down to San Diego, Calif. on Friday, Feb. 19 at 4:30 p.m. to take on the Point Loma Nazarene University Sea Lions. Live streaming of the game can be found on the Biola Athletics webpage.