The Eagles found themselves dominated by the Cougars in their final meeting of the season, losing 76-83. 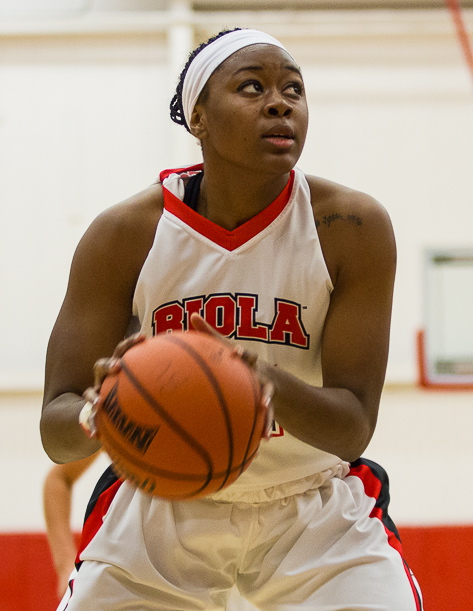 Women’s basketball hosted Azusa Pacific University on Saturday afternoon in their fourth matchup of the season. Given that the Eagles have fallen to the Cougars the last three games, Biola was eager to finish their rivalry out with a final win. However, APU’s first-half offense was too much of a feat for the Eagles to overcome, causing them a fourth loss, 76-83.

Sophomore forward Jordan Rabe scored 19 points on 7-11 shooting from the floor, alongside eight rebounds. Sophomore guard Stephanie Lee secured a double-double on the afternoon with 13 points and 10 rebounds. Junior guard Aysia Johnson and freshman guard Laila Walker both helped the Eagles on the offensive end, Johnson with 11 points and Walker with nine.
FIRST HALF SUCCESS
Biola has played enough games against the Cougars to know the ways in which they play. Given the history, the Eagles were able to respond to APU’s defense and work around their pressure and make offensive advances.

What helped Biola the most was the points off the bench. BU tallied 36 points off the bench while APU only found one the entire game. The Cougars also struggled to keep the ball in their possession, totaling 19 turnovers total. The Eagles found themselves up by ten at the half, 38-28.
SECOND HALF BREAKDOWN
Biola came out of the locker room looking to continue their first-half success, and it showed in the third. However, the downfall of the Eagles came in the final minutes of the game. Azusa went on a 35-19 run in the fourth, allowing them to crawl back from a nine-point lead held by Biola at the start of the final half. The Cougars ended up sweeping the Eagles in their fourth matchup of the year, 83-76.

The Eagles (2-7) will look to kick this losing streak on their home court on Friday, Feb. 19 at 2 p.m. against Point Loma Nazarene University. Live streaming of the game can be found on the Biola Athletics page.