This Apple TV+ original goes places no “Peanuts” special has gone before, presenting beloved storylines with a brand-new twist. 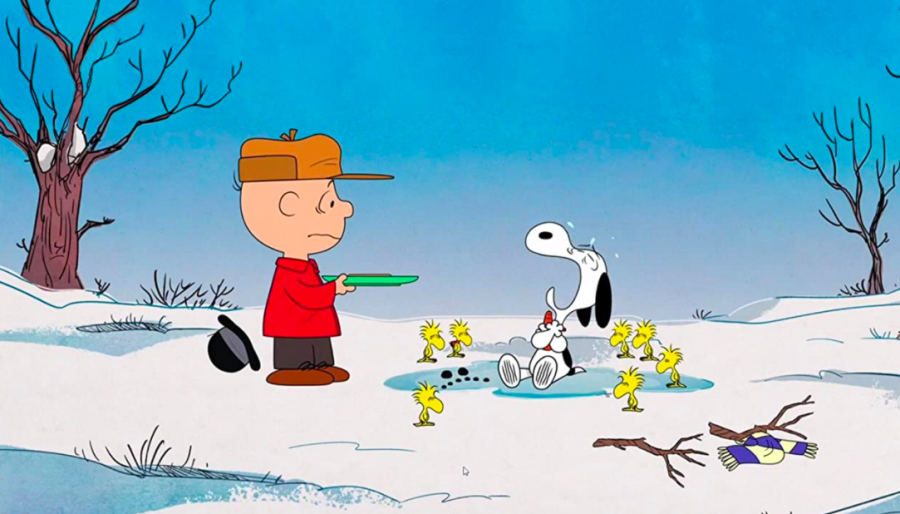 Released last week, “The Snoopy Show” is yet another near-perfect “Peanuts” reboot. Instead of trying to reinvent the wheel, the six-episode Apple TV+ miniseries simply expands a world that viewers already know and love.

Despite being under new ownership, and behind an expensive subscription paywall, the “Peanuts” specials seem to be in good hands. With Charles M. Schulz’s son, Craig Schulz, on its team of producers, “The Snoopy Show” is a delightfully nostalgic success.
GOOD GRIEF, IT’S FUN!
With its high frame rate and crisp resolution, the animation in “The Snoopy Show” is more fluid and detailed than in any “Peanuts” television adaptation before it. The editing pushes boundaries, with a sampling of creatively timed cuts and zoom-ins. Make no mistake, though—the art design still retains the hallmark watercolor backgrounds and squiggly, swoopy ink strokes that viewers have come to associate with Schulz’ work.

Throughout the “Peanuts” comic strips, Snoopy was prone to wild imagination sequences, assuming a multitude of fictional identities. Now, in “The Snoopy Show,” his daydreams are more vivid and inventive than ever, often taking place in elaborate aerial or aquatic landscapes. Viewers who laughed as Snoopy battled a lawn chair in “A Charlie Brown Thanksgiving” will appreciate the kinds of hijinks here.

Each 22-minute episode is divided into three brief sequences, which pack the perfect portion of smiles into bite-sized storylines. While “The Snoopy Show” lacks many of the thought-provoking, emotional moments which made “Peanuts” comic strips so philosophically profound, it does not stoop to surface-level silliness or cheap laughs either. With its glorious extrapolations of cartoon physics, such as when Snoopy uses a leaf blower to magically procure a gigantic sandcastle, “The Snoopy Show” perfects the slapstick aspects of “Peanuts.”
YOU’D BE A BLOCKHEAD NOT TO LIKE IT
Although “The Snoopy Show” adds in more laughs and action to fit the attention spans of modern audiences, it retains the same mellow, old-fashioned charm and cleverness that Charles Schulz brought to his comic strips. The Kite-Eating Tree still has an insatiable appetite. Lucy still demands 5 cents at her Psychiatric Help booth. Charlie Brown still serves as a patron saint of exhausted people and outcasts, telling Linus, “I just can’t think of anything that makes me smile.”

Expect plenty of puns, one-liners and wisecracking. Highbrow cultural references allude to everything from hyperbolic geometry to ancient Babylonia. Sly nods to “Peanuts” lore are sure to please hardcore fans. For example, the rabbits from “It’s the Easter Beagle, Charlie Brown!” are visible on a deck of playing cards. Onscreen blips of onomatopoeic text serve as satisfying homages to the original strips’ illustration format; when Snoopy kicks Charlie Brown’s back door, a “Bam! Bam!” appears out of thin air.

While HBO Max’s “Looney Tunes” reboot got rid of Yosemite Sam’s gun, “The Snoopy Show” does not stray away from the themes of war that “Peanuts” comic strips often explored. Snoopy still crawls around a barbed wire-covered No Man’s Land and dodges the Red Baron’s plane.
HAPPINESS IS A WARM PUPPY
Thanks to an inspired portrayal from Terry McGurrin, Snoopy’s voice acting is packed with charisma and personality. The beagle’s lingo consists of individual squeaks, yelps and sighs that effectively communicate his emotions and reactions.

Fans of Woodstock will be pleased to know that the majority of episode scenarios involve his camaraderie with Snoopy. The bird-and-dog duo’s back-and-forth banter and squabbles are particularly entertaining.

Ultimately, “The Snoopy Show” feels joyous and fresh. It manages to stay loyal to its original source material’s tone and themes while expanding the scope of its signature silliness and snark.