The Eagles comeback from last week's loss and secure their first victory of the season, 3-1. 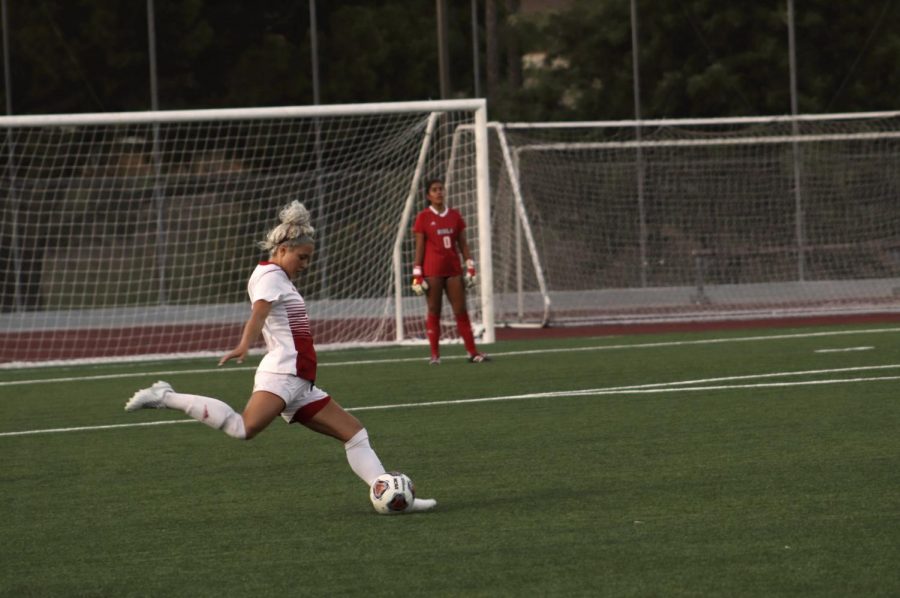 At the top of the stat sheet was junior midfielder Katelyn Penner with two goals made, one in the first half and another in the second half. Freshman defender Jess Hase followed right behind Penner and made the other goal in the first half for the Eagles.
FIGHT TO THE FINISH
Only 15 minutes into the first period the Eagles were able to move past Concordia and score the first goal of the game. This set a spark in the Eagles and at the 35-minute mark, Biola scored another goal. This left the Eagles up 2-0 at halftime.

The Eagles went into the second half confident and hopeful. Concordia was frantic and became aggressive toward the Eagles, causing a flurry of whistles from the referees and eventually two of the opposing players to get yellow cards. Regardless of the aggression and pressure, the Eagles were able to push through and score another goal.

The Eagles let their guard down and Concordia managed to score a goal before the end of the game but ultimately it was not enough. The Eagles defeated their opponents and the final score was 3-1.

The Eagles (1-1) will return home to Al Barbour Field Feb. 17 at 4 p.m. against Westmont University. Footage from today’s game is located on Biola Athletics’ website.