The Eagles score their third season win in the PacWest Conference. 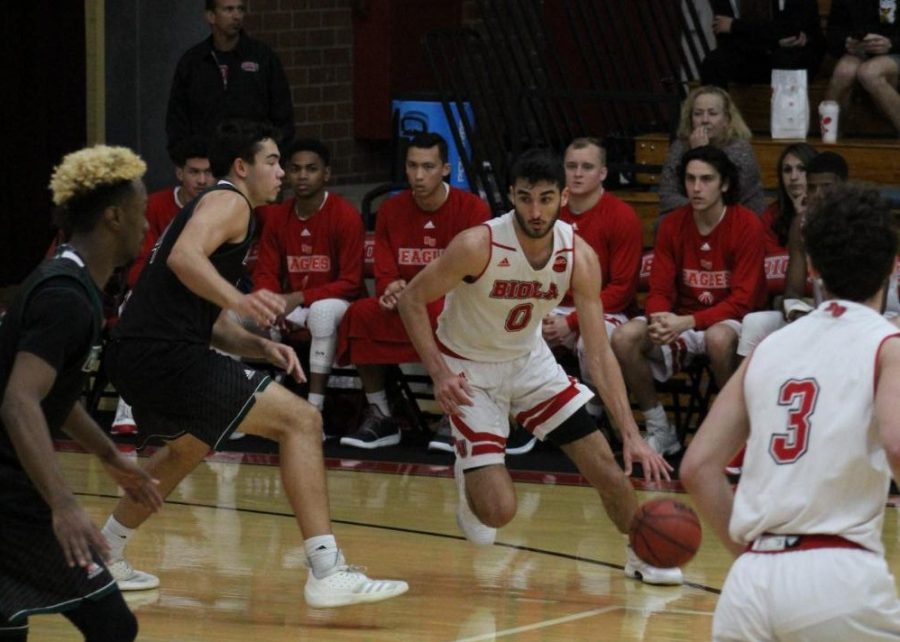 Men’s basketball returned home for their second game in a back-to-back matchup against the Concordia University Irvine Golden Eagles. They kept the spark going from Friday night and found another victory, 80-70.

The Eagles had a slow start to the game but picked it up as the clock ticked. The Eagles hustled and had no problem catching up to the Golden Eagles, leaving only a two-point deficit going into the second half, 33-35.

Being down by two is not ideal but it motivated the Eagles to pick up the pace and bring the heat in the second half. Junior guard Alex Wright topped off the stat sheet with a total of 28 points and 13 rebounds. Following close behind senior guard Chris Rossow with 25 points and two rebounds. Senior guard Michael Bagatourian gained 12 points of his own for the night as well as five rebounds.
PICKING UP POINTS
The Eagles were determined in the second half tying the game six times. The Eagles were able to acquire 18 points from turnovers, nine of which were in the second half. The Eagles also made 46 points in the paint compared to their competitors only having 28. It was a back and forth game but the Eagles dominated, 80-70.

The Eagles (3-2) will go up against rivals Azusa Pacific University at the Felix Event Center Friday, Feb. 12 starting at 4:30 p.m. The live-stream game footage is available on Biola Athletics’ webpage.